B.C. will go ahead with Site C dam project: Horgan

After years of discussion and reviews, the provincial government has decided to finish the Site C dam in B.C.’s northeast, the largest public project in the province’s history.

Premier John Horgan made the announcement Friday morning, saying B.C. needs clean and affordable energy, and that it will cost up to $10 billion to give up on it now.

The dam project began in 2015 under the previous Liberal government, and Horgan chose to continue it in 2017, saying it was already too far built to stop.

Site C is halfway through construction on the Peace River but is facing a series of structural problems that will dramatically increase its budget.

“When we made the decision to move forward with Site C in 2017, none of us could have imagined the impact that the pandemic would have on projects here in B.C. and around the world,” said Horgan. ?”Cancelling it would cause people’s electricity rates to skyrocket, and we will not burden people with additional financial stress during these difficult times with nothing to show for it. Site C is already 50 per cent finished, and our government will complete this project.”

The province says the previous $10-billion budget has been increased to $16 billion, and the project will be finished a year later than expected, now to finish in 2025.

The primary reasons for the increased cost are the one-year delay due to COVID-19, foundation enhancements, “other costs” and schedule pressures, according to the ministry.

If the province were to cancel the project, the costs to do so —  including sunk costs and the costs to remediate the site — would
be at least $10 billion, which does not include the costs of replacing the lost energy and capacity the dam would have provided.

According to BC Hydro, it will provide 1,100 megawatts (MW) of capacity, and produce about 5,100 gigawatt hours (GWh) of electricity each year, enough energy to power the equivalent of about 450,000 homes per year in B.C.

“B.C. needs more renewable energy to electrify our economy, transition away from fossil fuels and meet our climate targets,” said Bruce Ralston, Minister of Energy, Mines and Low Carbon Innovation. “Site C will help our province achieve these things and is currently employing about 4,500 people in good-paying jobs.”

Rob Shaw: Impacts of decision on BC Hydro rates

SHAW: IMPACTS OF SITE C DECISON ON BC HYDRO RATES

SHAW: IMPACTS OF SITE C DECISON ON BC HYDRO RATES

If BC Hydro customers were to pay off the debt in 10 years, it would increase rates by 26 per cent, equal to an approximate $216 a year for 10 years.

But the province says it is going with a different pay structure. Site C will not impact rates until it comes into service, and when it does, the cost will be repaid over the lifetime of the project — more than 70 years.

When this is put into place, ratepayers will see their bills increase by about $36 a year, or 3 per cent higher by 2030 than BC Hydro’s prior rates forecast.

Former deputy finance minister Peter Milburn was appointed in July of 2020 to conduct a full review of the dam.

The province has now released the Milburn review, announcing it will accept all 17 recommendations aimed at improving oversight and governance.

Milburn has been retained to provide oversight on implementing the recommendations, which include enhancing the independence, mandate and expertise of the Site C Project Assurance Board and strengthening BC Hydro’s risk reporting and management.

B.C. has also released the geotechnical review from John France and Kaare Hoeg, two independent experts. Their review confirmed the foundation enhancements developed to address geotechnical issues on the project’s right bank will work and will ensure the project meets the highest safety standards.

France and Hoeg have also been taken on to provide oversight to BC Hydro while the construction of the foundation enhancements is completed.

Given the challenges facing the project due to delays from COVID-19, the need for foundation enhancements and other factors, the province says it’s brought in new leadership for BC Hydro.

Doug Allen has been appointed the new chair of BC Hydro’s board.

According to the province, Allen has an extensive background in the public and private sectors in British Columbia. Most recently, he was appointed to the board of directors at Insurance Corporation of British Columbia. In 2015, he was the interim CEO of TransLink. He also has previous experience as the interim president and CEO of BC Ferries, when it was moved to a stand-alone authority from a Crown corporation.

Allen replaces Ken Peterson, who was appointed chair on July 10, 2017. After spending more than 40 years in the electricity industry, Peterson led BC Hydro through major reforms over the past three years, including lowering electricity rates for the first time in decades, says the ministry. 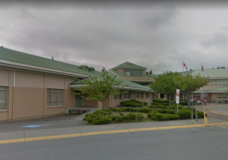 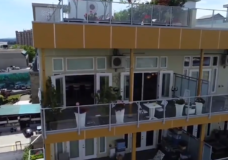