Heavy rainfall that has increased the risk of landslides caused the B.C. government to announced the closure of a section of the Trans-Canada Highway on Friday.

The Ministry of Transportation announced Highway 1 was being closed starting at 4 p.m. on Friday between Spences Bridge and Lytton, most of which was destroyed by a wildfire in late June.

It says in a statement that intense rainfall over land scorched by wildfire poses the risk of landslides and motorists should expect to encounter debris in burned areas.

Drivers are also advised not to stop along their journeys when it’s raining.

Additional roads and highways in B.C. may be affected by landslides and the ministry says further closures may be announced with limited notice.

Earlier on Friday, BC Hydro advised residents across the province to prepare a well-stocked emergency kit for what the Crown utility warned could be a stormy fall and winter made worse by the effects of severe summer drought.

The latest report from BC Hydro says record-breaking heat between June and August in many parts of B.C. killed trees or weakened their root systems.

The utility says conditions heading into the fall mirror those in 2015 and 2018, two major wildfire seasons when it was hit by its two most damaging storms.

It says a storm following the 2015 summer drought caused more than 710,000 outages and lasted multiple days.

BC Hydro has some of the highest densities of trees per kilometre of power line in North America.

It stepped up its program to manage vegetation near those lines in an effort to reduce the risk of outages over the coming months, the utility says.

But customers should have flashlights, batteries, a first aid kit, water and non-perishable food on hand in case the lights go out, it says.

It notes the duration of blackouts has been declining.

“Power service is restored for most customers within the first few hours of an outage,” says a news release.

This report by The Canadian Press was first published Sept. 17, 2021. 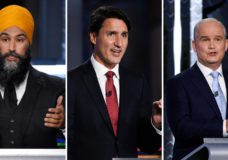 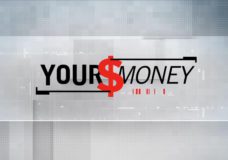 Your Money for September 17