B.C. under pressure to fund sick days in new budget

Posted: Apr. 14, 2021 4:07PM | Last Updated: Apr. 14, 2021 6:32PM
CHEK
WatchB.C. Premier John Horgan says next week's budget could provide more help for workers who call in sick during the pandemic, amid rising calls for the province to craft a better paid sick-leave program than the one currently in place from Ottawa.
Premier John Horgan is hinting changes could be coming to sick pay programs for workers during the pandemic in Tuesday's budget.

B.C. Premier John Horgan says next week’s budget could provide more help for workers who call in sick during the pandemic, amid rising calls for the province to craft a better paid sick-leave program than the one currently in place from Ottawa.

Horgan told reporters he thinks the current federal sick pay program — which came after aggressive lobbying from B.C. last year — is adequate, but could see improvements with the federal budget Monday and the provincial budget Tuesday.

“For those who are staying home because they feel that they may be putting their colleagues at risk, I applaud them, and there is a federal program in place,” he said.

“We will have budgets on the 19th and 20th, one federal and one provincial, where we hope to see new programs to make sure that we’re meeting that challenge.”

But the B.C. Federation of Labour said the federal Canada Recovery Sickness Benefit is woefully inadequate and needs to be replaced by a made-in-B.C. program for workers. The federal program only pays $500 a week (less after taxes), requires a worker to be off at least half of a given week to qualify and then requires an application and waiting period before the money arrives.

It pays less than minimum wage and simply doesn’t cut it, said Laird Cronk, president of the B.C. Federation of Labour.

“When you combine all of those things the federal program just simply is not a true sick pay program,” he said.

The result is that employees have to choose between showing up to work sick and possibly infecting their co-workers during a pandemic, or taking a financial hit that they may not be able to afford, said Cronk.

Provincial Health Officer Dr. Bonnie Henry has appealed for more than a year for people to stay home from work if they have any symptoms of illness, but not everyone can afford to do so without financial help, said Cronk. More than 50 per cent of B.C. workers don’t get paid sick days from their employers, he said.

“We’re calling on the provincial government now to fill the gap in the federal program, really replace it with something in B.C. that’s actually meaningful for workers so that they can do the right thing and stay home when they have symptoms and not worry about the economic consequences,” he said. “So what we’re talking about is a universal program.”

B.C. should match sick pay to a person’s wage, waive the waiting period and cover everyone, including workers in the gig economy, said Cronk. The sick days could be paid up-front by employers but reimbursed by the province through an application program that shows financial hardship during the pandemic, he said.

Horgan has said he does not want to download the cost of sick days onto employers who are already struggling to retain staff during the pandemic.

B.C. has taken several steps during the pandemic to support workers, including banning employers from firing staff for being sick or caring for loved ones, and making WorkSafeBC claims involving COVID-19 to be presumptive, meaning workers don’t have to prove they were impacted by the virus to get compensation.

But sick pay has been a file Horgan lobbied the federal government to lead, and he said the existing program, while limited, still has merit.

“I believe there are appropriate programs in place and that, as we look at the last number of months of COVID-19, I’m confident that we’re on the right track,” said Horgan.

Cronk said Ottawa has let the provinces down.

Provincial help for workers disrupted by the pandemic is also expected to be a major topic in Tuesday’s budget due to the recent ban on in-person restaurant dining, as part of public health orders expected to continue into mid-May. The restaurant sector employs 180,000 people in B.C. and tens of thousands have likely lost their jobs due to the closure.

Horgan said displaced restaurant staff are eligible for the federal Canada Recovery Benefit (CRB), which offers up to $2,000 for two weeks for those who don’t qualify for Employment Insurance. He said he’s been reassured by the federal finance minister as recently as last week that the program would continue to apply in B.C. for those disrupted by public health orders.

“If, as a result of the circuit breaker, or if as a result of an outbreak in an industry within British Columbia, workers are told that they need to go home, they are immediately eligible for the CRB program and they should be kept whole that way,” said Horgan.

The CRB program (which replaced the previous CERB program that ended last year) only applies for two-week increments, meaning people have to continually re-apply up to a maximum of 38 weeks. Some workers may not qualify because they are instead directed to Employment Insurance, which pays only $500 per week. 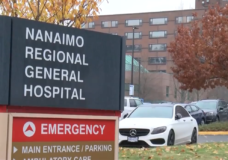