B.C. still on board for high-speed rail between Vancouver and Seattle, Portland

Cascadia Rail
The B.C. government has announced its investment of $300,000 in the next phase of the Ultra High-Speed Ground Transportation Project to study the feasibility of the line between Vancouver, Seattle and Portland.

The B.C. government says it’s still on board with building a high-speed rail service connecting Vancouver with Seattle and Portland.

In a news release Tuesday, the provincial government announced its investment of $300,000 in the next phase of the Ultra High-Speed Ground Transportation Project to study the feasibility of the line.

According to the government, high-speed trains travel as fast as 400 kilometres per hour — meaning travel times between Vancouver and Seattle could be cut from three hours to around 60 minutes.

“This proposal has the potential to significantly cut transportation time between Seattle and Vancouver — presenting new opportunities for clean economic growth, job creation and tourism throughout the region,” said Premier John Horgan.

Led by the Washington State Department of Transportation in partnership with B.C. and Oregon, the study will examine several things, including how the high-speed line will be paid for and connect with existing transportation networks.

So far, the study has found that the project would create 200,000 jobs and reduce up to six million tonnes of greenhouse gas in the first 40 years of operations, according to the government.

They say the project price tag, meanwhile, is estimated at $42 billion, though revenue should cover costs by 2055.

Washington Gov. Jay Inslee says a high-speed rail system will strengthen economic and cultural bonds and transform how people travel, while Rick Glumac, Premier’s Liaison for the State of Washington, highlights its “many benefits,” such as job creation.

“Following the success of initial reports, I am pleased by our government’s commitment to support the next phase of this project. I look forward to working closely with my contacts south of the border on this exciting opportunity,” added Glumac.

On Oct. 10, 2018, Premier Horgan and Gov. Inslee signed a memorandum of understanding (MOU) to collaborate to grow the region’s innovation economy, protect the environment, promote trade and improve transportation connectivity.

In November 2021, a new MOU between B.C., Washington and Oregon committed the parties to continue advancing these activities. 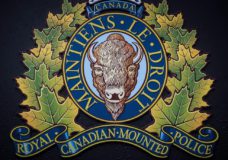 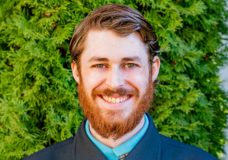 'Senseless and horrible': Friend of Nanaimo murder victim says he was trying to save others from attackers