WATCH: Speaking for the first time since the release of his report on alleged misspending at the B.C. legislature, Darryl Plecas wants justice for whistleblowers who lost their jobs. Plecas says he’s happy with the response to his explosive revelations. But as Mary Griffin reports, he wants to see fundamental changes occur within government.

During the ongoing controversy involving the suspension of the two top B.C. legislature officials, Speaker Darryl Plecas had little to say.

But on Wednesday in Abbotsford, he was forthcoming about the situation.

“There is still lots to do. I don’t think we’ve seen the end of this story yet,” Plecas said.

His report on alleged misspending by the suspended clerk, Craig James, and sergeant-at-arms, Gary Lenz, details how 16 whistleblowers lost their jobs after coming forward with concerns. One of those was a Liberal staffer working for assistant deputy speaker Linda Reid.

“I never, ever want to see a situation where a single employee is harmed by anything that happens at the legislature,” Plecas said. “So I want to see justice for those people.”

While campaigning in Nanaimo, B.C. Green Party leader Andrew Weaver called on Reid to step aside.

“The reality is until such time as we get to the bottom of these allegations, it would be inappropriate in my view, and inconsistent with rebuilding public trust for the assistant deputy speaker to remain in place,” Weaver said.

Reid responded with a statement.  She wrote, “As the auditor conducts their investigation, I will make myself fully available. I will work with the auditor and any other investigators to ensure the protection of taxpayer dollars.”

Premier John Horgan commented on the Plecas report for the first time while in Prince George.

“He has shed a light on something all British Columbians are startled and disgusted by.  And I think that’s a good thing,” Horgan said.

“People need to start electing people to office where their first requisite is that person have a strong moral compass. That is far more important than any party somebody belongs to,” Plecas said.

James and Lenz remain suspended with pay while a number of investigations continue. 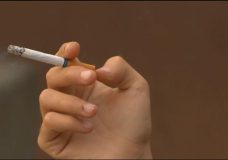 Islanders encouraged to butt out for Weedless Wednesday 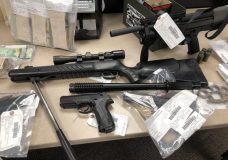