August 26, 2021 updated
CHEK
WatchThe Province has recorded a significant increase in the number of vaccine registrations and bookings for first doses, particularly among people under the age of 40. Kori Sidaway has more.

There is an early indication that B.C.’s new ‘vaccine card’ requirement may be driving up vaccine numbers.

The Province has recorded a significant increase in the number of vaccine registrations and bookings for first doses, particularly among people under the age of 40.

On Vancouver Island, health officials say they’re already seeing a surge not only of bookings but of vaccinations being carried out.

“Yesterday we had 1500 people receive a first dose within Island Health, which is about double our usual for the last couple weeks,” said Dr. Mike Benusic with Island Health.

“It’s good news that we are seeing an increase in the uptake, that maybe some people just needed that extra reminder. It’s really urgent for people to get the vaccine as soon as possible,” said Dr. Leung.

All of the COVID-19 vaccines approved in Canada protect against infections, severe disease, and reduce the need for hospitalization, but they also help reduce the spread of COVID.

“We’ve somewhere in between half a million to a million people unvaccinated that are eligible for vaccinations in this province.”

Unable to get a vaccine are the immunocompromised, and children under 12. While we wait for an approved kids vaccine, doctors say getting vaccinated will not only help protect those populations and yourself, but also will prevent new variants from forming.

“At a population level, the transmission is going to increase the probability of mutation,” said Dr. Leung.

The hope for health officials is that the remaining 13 per cent of Vancouver Island’s population which remains unvaccinated will have a change of heart, as their options are made smaller by the vaccine mandate. 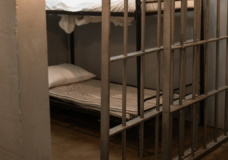 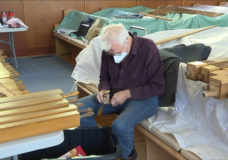