September 7, 2021 updated
CHEK
WatchYou can now obtain a copy of your B.C. vaccine card which takes effect Sept. 13. April Lawrence has the details.

British Columbia’s premier says the province’s vaccination card will keep the province’s economy running after an “unacceptable surge” in cases, mostly among those who are unvaccinated.

John Horgan said Tuesday that restaurants, theatres and sports venues have been affected by shutdowns, but the vaccine card required at non-essential businesses in B.C. starting Sept. 13 could lead more people to get fully vaccinated to reduce transmission of COVID-19 in high-risk settings.

British Columbia joins Quebec, Ontario and Manitoba in introducing similar programs. Yukon announced an online vaccine credential system on Tuesday, but it will serve only as proof of vaccination for residents travelling in other jurisdictions.

Horgan said that after the Sept. 20 election, he expects the federal government to take further steps to ensure that people travelling outside Canada can do so confidently with immunization data available to other countries. Those coming to Canada would also be able to prove their vaccination status, he added.

Horgan called on residents to unite with a “common purpose” and see the vaccine card as a way to resume activities like going to a movie, the theatre and enjoying large gatherings, and not to view proof of vaccination as an impediment to basic government services.

“Those who want to make this more than what it is, I really don’t have much to say to them,” he said, referring to people protesting outside hospitals last week against vaccine passports.

“I do understand that people are anxious. They’re angry and they’re lashing out. I regret that.”

Provincial health officer Dr. Bonnie Henry said residents will need to provide their personal health number, date of birth and vaccination date for either their first or second doses to securely download a vaccine card.

“As we’re looking to the fall and the respiratory season that’s going to be upon us again, we need to have as much open as possible,” she said Tuesday, the same day that normal personal gatherings were expected to resume as part of the province’s restart plan.

However, Henry said the highly transmissible Delta variant means people who are unvaccinated are now at 12 times greater risk of infection and the risk of being hospitalized is 34 times higher compared with a vaccinated person of the same age.

– Restaurants requiring vaccine card defined as places with “table service”
– Need government ID with your proof of vaccine
– Fines up to $575 for people / $2300 for businesses
– BC may lift gathering limits Oct. 24 if vaccine passport rollout and uptake goes well

Proof of vaccination status at businesses will be required starting Sept. 13 for a first dose and on Oct. 24 for two doses, though Henry said people who regularly work out at a gym, for example, won’t need to show their vaccine card every time because staff there would come to know that information.

Once verified, a digital copy can be saved on a cellphone or a copy can be printed so either could be presented along with government-issued photo identification by those who are 19 and over when entering businesses or organized events. People without access to a computer and printer can phone a Get Vaccinated call centre and have their printed copy mailed to them or visit a Service BC centre.

Henry said the card will include a secure, individualized QR code and image showing whether someone is partially or fully vaccinated or indicating that no record is found in the province’s COVID-19 immunization registry. Businesses can either scan the QR code or visually verify someone’s proof of vaccination. A mobile reader app is expected to be released in app stores before next week for businesses to scan the codes.

Until Sept. 26, people will still be able to use the paper record provided at a clinic or pharmacy after their first or second dose of a vaccine. 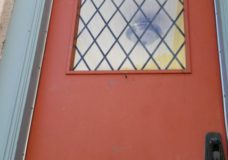 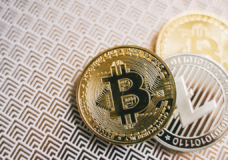