While COVID-19 the numbers were grim once again, there was some inadvertent good news from B.C.’s provincial health officer on Wednesday.

Due to errors in data collection for a week’s worth of cases in the Fraser Health region, Dr. Bonnie Henry, the provincial health officer, revised several of this week’s case numbers downward, including Tuesday’s record 941 cases.

“I know we had a dramatic increase in the daily numbers, that was a result of some of these data coming in at a different time,” Henry said. “We apologize, of course.”

Of those, 443 cases were in Fraser Health, representing 62 per cent of the new cases province-wide, not the 72 per cent reported on Tuesday.

That means cases are not on a trajectory of doubling every 13 days.

However, Henry stressed the importance of taking the virus seriously.

“Yesterday’s number was slightly smaller doesn’t change the fact that we are in a very critical time right now and we are seeing far too many people being infected with this virus,” said Henry, adding that is being reflected in the number of hospitalizations in B.C. right now.

On the vaccine front, Dr. Henry expects it to arrive in January.

“The BCCDC, logistics teams, have been pulled together working with the federal government to understand the requirements. To safely get the right vaccine, to the right people as quickly as possible in the most efficient way starting in early 2021,” Henry said.

As cases continue to grow, so does the need for people to identify, and manage the people who’ve been exposed to the virus increases.

As a result, the has announced the hiring hundreds more of contact tracers than originally planned.

Health minister, Adrian Dix, the additional workers will be key to slowing the spread of the deadly virus.

“Our plan originally was to hire 500 contact tracers has now been dramatically expanded. We have hired 935 plus these other positions, and it’s our intention to hire over 1200, and as I said, another 109 in the offer process,” said Dix. 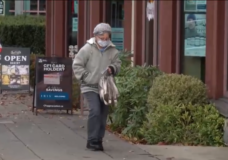 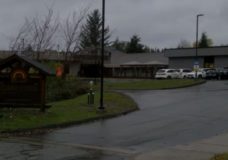