Constance Dora Isherwood, a trailblazer for women in B.C.’s legal profession and the oldest practising lawyer in the province, was still working two hours before she died Tuesday at the age of 101.

“She worked that day and was very, very worried about closing real estate deals by the end of the day. She didn’t want to put anybody else out and passed away at 6 p.m.,” her son George Isherwood said Thursday.

Connie, as she was known, celebrated her 101st birthday on Jan. 19 with a dinner at Moxie’s, said Isherwood.

She had been slowing down recently. She suffered from congestive heart failure and her breathing became laboured.

“She never complained about anything, ever. So, when you asked her how she was, she’d always say: ‘Everything’s fine here.’ But then the last day, when I went to go see her, she said: ‘Well I can’t say everything’s fine here today.’ I knew something was wrong at that point, so I got the doctor out there,” he said.

He was at Royal Jubilee Hospital waiting for Connie to be brought in by ambulance when her doctor, James Cox, phoned him and told him to come home quickly. Connie died peacefully, George Isherwood said.

The family will celebrate his mother’s life when the pandemic allows it, her son said.

“She really touched a lot of people. She was a local. She was born in Nanaimo and she’s just been here forever.”

Connie had a large circle of friends. “She was really a big part of all their lives. She was their lawyer for everything. So, they just think she’s the greatest. She was an amazing woman and an incredible person.”

Connie, whose maiden name was Holmes, didn’t have a passion for law when she started. She played the drums in an all-girls band and would have liked to have played in an orchestra. But she worked as a legal secretary for a lawyer in town who encouraged her to enrol at the University of British Columbia’s law school, and she agreed it was a good idea.

When she entered law school at UBC in 1948, she was one of only eight women in a class of 208. Two of those women had dropped out by the time she graduated at the top of the class in 1951.

After graduating, she returned to Victoria to work with her mentor, Ernest Tait, with whom she formed Tait & Holmes.

In 1963, she opened Holmes & Isherwood with her husband, Foster Isherwood. He died nine years ago at the age of 92.

In 2016, Connie, who practised real estate, family and civil law, became the first woman to receive the Law Society of B.C.’s highest honour, for lifetime achievement.

Until Dec. 1, 2019, she drove 45 kilometres from her home in Sooke to her Victoria office five times a week. When she moved closer to the city, she continued to drive, even driving herself to nursing homes to give legal advice to those who were unable to get out.

In an interview with the Victoria Times Colonist on her 100th birthday, Connie said her philosophy was to keep going and be with people.

“Be approachable. Let them come to you and you help them. That’s a good recipe. And I will close by saying `Think.’ That always sees you through.” 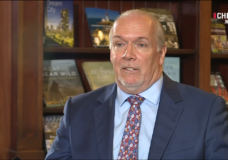 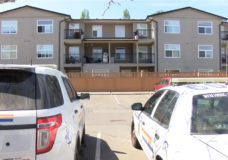 Duncan man found not criminally responsible in death of his brother