This year’s property assessments are in, and for many homeowners the increase in value comes as no surprise.

“It’s no wonder Victoria is catching up,” said Milena Mathiesen, a new homeowner in Victoria. “So many people left the cities coming to places like Victoria or even to Nanaimo. So, it was bound to happen.”

Across Vancouver Island, all property types saw increases anywhere from 15-35 per cent.

Central and Northern Vancouver Island saw the largest increases with Ucluelet and Port McNeil both seeing a 43 per cent increase from last year, Port Alberni homeowners saw the biggest increase at a whopping 47 per cent.

“Really that’s a result of increased demand and limited supply,” said Jodie MacLennan with BC Assessment.

In Victoria, the average single-family home is now going for over the $1 million mark, an increase of 24 per cent since last year.

“Once you move over the million-dollar mark it’s not just the raw increase, it’s that you need a lot more wealth to get into that house,” said Leo Spalteholz, a housing analyst with House Hunt Victoria.

“That is a mark that means a massive deterioration in affordability in at least single-family detached family homes.”

It’s a burn being felt by renters like Erik de Vries and his family.

“We’re not hard up, but there’s no way we could possibly ever afford a house here anymore,” said de Vries whose home he rents with his partner and three kids in Victoria increased by $200,000 in this year’s estimate.

“It also makes me feel anxious because the return on investment for landowners by renting is just not going to be there, so I worry our landlord is going to cash out and leave us stranded. Rents will be going up in proportion to the prices of these houses, so it means our mobility is really restricted. It would be quite risky for us if we have to move to find somewhere else that’s affordable.”

“If half the population is making more in wealth gains from their homeownership than all of their work combined in a year, and the other half is seeing their costs rise every year and no real substantive changes in income, the divide is becoming too big right now. It’s a problem for society,” said Keshone Roy, former CEO of the B.C. Non-Profit Housing Association and author of ‘Make Housing Central’.

The question now becomes how to douse a real estate market burning out of control.

“It’s definitely extremely concerning and I think governments are starting to wake up to the fact that they can’t ignore it anymore,” said Spalteholz.

“They’ve promised to end blind bidding, they’ve promised to stop investment buying, but these are all not really the root of the problem. There will be some substantial changes from the province and probably from the feds this year. I think much of the market is psychology, people are rushing in because they think it’s going up forever, and if there are some big changes made, it may shock the market back into sanity for some time.” 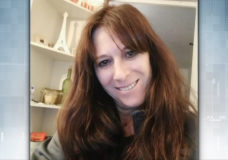 Son charged with second-degree murder of mother in Langford 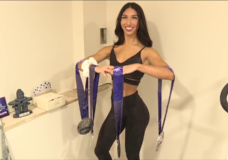