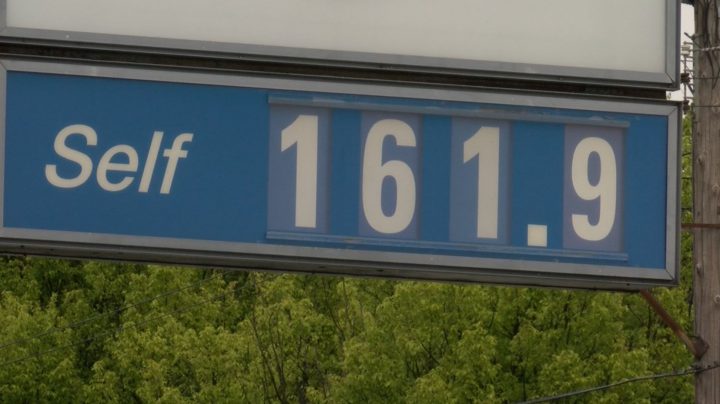 The gas price in Greater Victoria is 161.9 cents a litre at most stations.

Premier John Horgan has asked the British Columbia Utilities Commission to investigate why gasoline in Metro Vancouver and Vancouver Island is so much more expensive than the rest of the country.

A statement from the premier’s office says Horgan spoke with Prime Minister Justin Trudeau on Monday and brought up his concerns, making it clear that gas hovering around $1.70 a litre is of national importance.

Horgan’s request to the utilities commission on Tuesday asks that it explore why prices have shot up by 40 cents a litre in the last few months.

“Across the province, but particular in Metro Vancouver and on Vancouver Island, people are alarmed at the rapid increase in the price at the pumps,” his letter says.

Horgan’s letter to utility commission chairman David Morton says that, historically, wholesale prices have been between 2 1/2 and four cents a litre more in Vancouver than in Edmonton, but that gap has widened over the last four years to almost 24 cents a litre.

“In March 2019, refining margins for Vancouver were more than double the Canadian average and higher than any other major city in North America,” he says. “This suggests that the producers are realizing a significant additional profit margin for fuel sold in Metro Vancouver compared with other jurisdictions.”

Horgan says B.C. residents can’t accept a situation where the price of gasoline – correcting for differences in tax rates – is increasingly out of line with prices in the rest of Canada.

Metro Vancouver residents pay more than 50 cents a litre in taxes to the federal and provincial governments and for carbon, transit and other taxes.

Horgan’s letter says Morton is a trusted and respected regulator and has the ability to conduct detailed hearings that will provide residents with necessary evidence and recommendations for the best path forward.

The commission regulates electricity and natural gas prices in the province. Last week, the left-leaning research institute the Canadian Centre for Policy Alternatives suggested that gasoline should also be regulated, similar to policies in the Maritimes.

Horgan was cool to the idea. He said he didn’t believe that B.C. would have more success with regulation.

He has said part of the problem comes from a low supply and high demand. 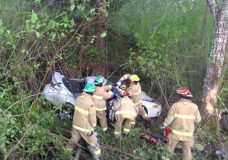 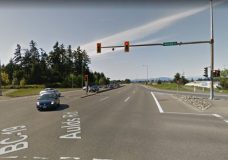