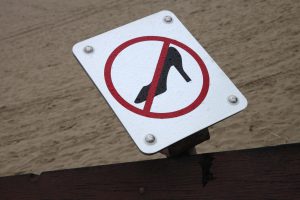 A private member’s bill that would make it illegal for employers to require female workers to wear high heels on the job died when the British Columbia legislature adjourned on Thursday.

The intent of Weaver’s bill got support this week from Premier Christy Clark.

“This thing went viral,” he said. “So, there’s no way the premier will not follow through. I’ve spoken with the minister of labour, Shirley Bond, and she’s committed to do it as well.”

Bond said in a statement requiring women to wear high heels in the workplace is not acceptable and she will take action to make changes.

“The premier has directed us to look for the most effective way to make this fix,” she said. “That work is underway.”

Weaver introduced the bill on International Women’s Day over health and safety concerns. High heels can increase the risk of slipping and falling on kitchen floors or restaurant stairs, and cause back problems, bunions and bloody feet, he said earlier this week.

The B.C. legislature won’t sit again until after a provincial election on May 9. 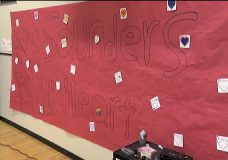 New meaning for students, near Ladysmith, taking part in Heart and Stroke fundraiser
Your Money