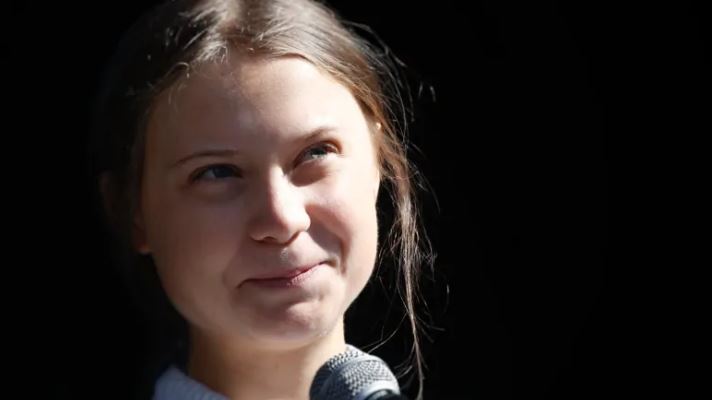 File photo. Ivanoh Demers/Radio-Canada
Greta Thunberg, the 16-year-old Swedish climate activist, is expected to be in Vancouver on Friday.

The leader of British Columbia’s Green party says he has invited climate change activist Greta Thunberg to speak in the provincial legislature.

Andrew Weaver says he extended an invitation to the 16-year-old Swede, who will visit Vancouver Friday to take part in what organizers say is a post-election climate strike.

Weaver says he has spoken to Speaker Darryl Plecas and he has agreed to allow her to address the legislature if Thunberg is willing.

Weaver says he’ll respect her decision, because she may find she’d rather protest on the steps in front of the legislature.

B.C.’s legislature is sitting this week, but it does not sit on Fridays.

Thunberg inspired the Fridays For Future movement and weekly climate strikes to highlight the need for urgent action aimed at halting climate change.

She spoke outside Alberta’s legislature last Friday where a large crowd gathered to hear her speech and another group of oil and gas supporters held a smaller counter-rally nearby.

A youth-led organization called Sustainabiliteens says the Thunberg will join a demonstration in downtown Vancouver on Friday.

It says the event will also include an announcement about the next step in Canada’s youth climate movement.

Spokesman Sam Lin says now is the time for cross-party collaboration to battle the climate crisis.

“We call on the new MPs to act like adults, put aside your partisan differences and take action for a safer and more beautiful world for future generations,” Lin says in the statement. 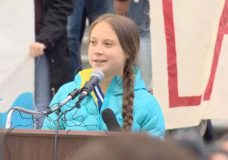