The B.C. government has started building a vaccine passport system to help people prove they’ve been vaccinated against COVID-19 if that’s required to access travel and certain activities in the future.

Citizens’ Services Minister Lisa Beare, who manages government’s technology systems, told the legislature her staff are working on a vaccine passport. She added it’s not yet clear if Canada’s premiers will choose a pan-Canadian vaccine verification plan, but the province is doing its own ground work just in case.

“In the simplest of terms, I can say: yes, we are exploring what a vaccine passport would look like, in the event that it is needed,” Beare said during her ministry’s budget estimates on Tuesday.

“We can confirm that we are exploring work on a vaccine credential that leverages our investments already here in B.C., in the B.C. Services Card and in the health gateway that was created during the pandemic.”

“We have to take some considerable care here,” McEvoy told CHEK News.

“The idea of a vaccinate passport could be a very good idea that may allow certain things to happen, international travel for example. But it could also be used in other ways that haven’t been thought about, perhaps as a means of tracking people. Those are the kinds of things we need to think about as government considers a credential that would offer proof of vaccination.

“We want to make sure it has the trust and confidence of British Columbians if it’s going to go forward. It could be a very good thing if used properly and only those things if it’s really necessary or required.”

McEvoy said his office has had preliminary talks with the B.C. government about what a vaccine passport could look like.

McEvoy joined with provincial and federal privacy commissioners Wednesday to issue a joint statement calling on governments across the country to only use vaccine passports if absolutely necessary, to build safeguards that protects the data and to pass laws that give health officials proper legal power to request the records.

Beare pointed to B.C.’s existing Health Gateway in her comments about developing a vaccine passport.

That system has seen a surge in registrations during the pandemic, because it provides virtual access to COVID-19 test results, vaccination records and other health services like prescription drug histories and health clinic visits. More than 520,000 people are now registered, according to the province.

To get access, people need to prove their identity by downloading the BC Services Card mobile app and either record a video of themselves, or undergo a live video chat with a government B.C. Service Centre staffer.

The option to record a video was added during the pandemic, out of convenience for people seeking to access their test and health records. If a person goes that route, they are sometimes prompted by the app to wave or touch their nose in order to prove they are a live person, and then the video is sent and reviewed later by government officials.

The review process takes government staff an average of 2.5 minutes per video, and the province is up to more than 3,000 video identify verifications per day, according to the citizens’ services ministry.

Once a person’s identity is verified, the BC Services Card acts as their virtual key to quickly authenticate them to government websites, as well as the federal Canada Revenue Agency website, where they can access their own data.

Adding a vaccine passport to that system, which has already been approved by the privacy commissioner as secure, could be a viable option for the province.

However, Canada may also choose to have a standardized federal vaccine passport, said Beare.

“We’re collaborating with a number of other jurisdictions to explore a pan-Canadian solution for a vaccine credential, in the event that it is needed for border crossings or international travel purposes,” she said.

“We’re sitting alongside other provinces and working with the federal government at the same time.”

Premier John Horgan is likely to address the issue of vaccination proof when he unveils the province’s Restart 2.0 plan after the May long weekend. 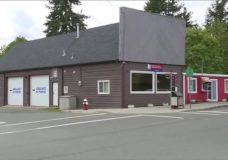 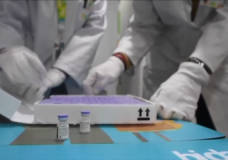