March 22, 2021 updated
CHEK
WatchBritish Columbia's vaccine program will have some catching up to do as foreign variants are quickly spreading, according to experts. Ben Nesbit has more.

British Columbia’s vaccine program will have some catching up to do as foreign variants are quickly spreading, according to experts.

Dr. Caroline Colijn, Canada 150 research chair and Simon Fraser University epidemiologist, says with only a small percentage of the population vaccinated, it’s too soon for people to relax.

“Under five per cent of Canadians have been vaccinated, so that’s not going to put a dent in whether you and I can go do activities and not have transmission,” said Colijn.

Nearly 500,000 doses of vaccine have been administered in British Columbia, with the focus mainly being on vaccinating the most vulnerable populations. Colijn says that will likely help curb deaths and hospitalizations.
“We’ve protected our most vulnerable and that’s great, but that won’t be enough right now to prevent something like a higher transmission variant from taking off,” she said. “Were in for a bit of a rough ride for the next couple of months until we all get vaccinated.”
ALSO READ: COVID-19 vaccines and variants mean masks and social restrictions likely to stay until fall
A few weeks ago, B.C. health officials opted to extend the window between first and second doses of the Pfizer and Moderna vaccines to four months, in a bid to get more people their first dose of vaccine.

“It’s great to see the vaccination program speeding up, but we’re not vaccinating the bulk of our adult population in the next three weeks, and that’s probably what we would need to have the ability to curtail the spread of B 1.1.7,” Colijn said.

The rapid spread of the B 1.1.7 variant, originally discovered in the United Kingdom, is a major concern for health officials and experts as it accounts for the majority of variant cases identified in both the province and Canada.

Dr. Sally Otto, professor of zoology at the University of British Columbia, says B.1.1.7 transmits up to 100 per cent faster than the original.

“We’re seeing doubling every week of this variant,” said Otto. “I very much expect a spike in cases in the next few weeks and increased restrictions at that point.”

Recently, B.C. announced relaxed restrictions on gatherings, allowing for people to gather outdoors in groups of up to 10 people. But, this past Friday, officials announced 737 new cases — the highest daily total since December.

At this point, Otto says it’s currently a race between COVID-19 and its variants and the province’s vaccine program. 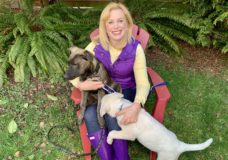