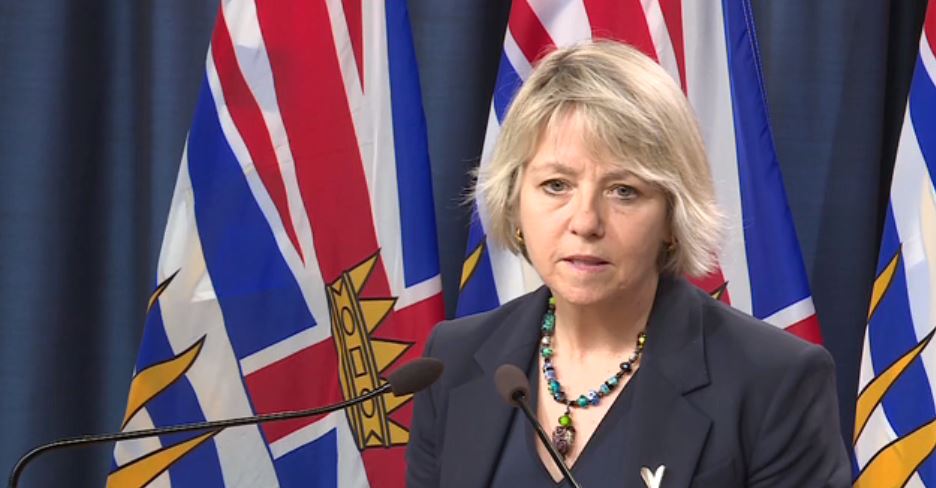 File Photo
An award-winning musician from Vancouver Island has composed 'The Ballad of Dr. Bonnie Henry.'

The legend of Dr. Bonnie Henry continues to grow.

British Columbia’s top doctor, alongside Health Minister Adrian Dix, has been working incredibly hard for the duration of the COVID-19 pandemic in order to keep the province informed during the everchanging landscape.

A widespread, sweeping appreciation for Dr. Henry has developed as she becomes more of a prominent figure in people’s daily lives due to her continued virus updates.

Already, we’ve seen fashion designers selling t-shirts of the provincial health officer, artists painting murals devoted to her and even a dedicated Twitter “fan club” that has more than 8.000 followers. Now, an award-winning musician has added to the lore.

Phil Dwyer is a Juno award-winning jazz musician, a recipient of the Order of Canada for his contributions to music and a resident of Qualicum Beach. Dwyer told CHEK News that the idea for his ballad sparked following a digital music concert he performed on March 29.

“I think it was spurred on at least in part by the emotional reaction that I had in the process of dedicating a song to Dr. Henry during a Facebook Live concert that I did last Sunday. So when I woke up Monday morning, the idea was kind of just sitting there on the tip of my brain.”

Dwyer, who isn’t a songwriter by trade, but has written the occasional limerick, said the writing process took him around a half hour.

“I just started throwing some rhyme ideas together and then tried to craft it into a little story,” Dwyer said. “I don’t think it’s any great achievement from a poetry perspective, but maybe more so in terms of capturing the zeitgeist.”

That zeitgeist he’s referring to is a view toward Dr. Henry that is shared by a large number of British Columbians.

“I find a lot of comfort and inspiration from her grounded and reassuring approach to her updates. Based on her public appearances — and her credentials — I think that many people share my opinion that she is a highly qualified, dedicated, and effective public servant who is rising to a significant challenge and doing it with a lot of skill and a lot of class,” said the jazz musician.

After posting the penned ballad to social media, Dwyer then decided that it was necessary to turn into a song.

“I’m working full-time as a lawyer and don’t have any recording gear anymore, so I had to find people to play and sing on it who could do it remotely. I was very lucky to get 3 great musicians and a fantastic recording engineer that all pitched in.”

According to the Qualicum Beach resident, a multitude of local musicians chipped in to help bring the musical piece to life and, after four days in the making, the ‘Ballad of Dr. Bonnie Henry’ is now available on SoundCloud.

Below are the lyrics to the final piece written by Dwyer.

She comes on the radio, just before 3
with the public health news for the folks of BC
and to talk of a crisis, of a scope yet unseen
with an ungainly moniker, Covid-19

She comes on the radio, just around 3
with the public health news for the folks of BC
and to talk of a crisis, of a scope yet unseen
with an ungainly moniker, Covid-19
From the start, at the top of her list of demands,
was we lather with soap and please wash off our hands,
and as things took a turn for the worse day by day,
that we keep friends and neighbours a good six feet away
She’s had lots of help in her search for a fix,
not the least of whom is Mr. Adrian Dix,
in the eyes of the public though, she’s been the one
that has been with us since this whole thing has begun,
As nurses and doctors proceed with their tasks,
and pray for enough ventilators and masks,
she asks us to all help and flatten the curve,
and that from her health policy we do not swerve,
If we all stick together and see this thing through
we can show what a civil society can do
when it’s faced with a threat that first seemed unreal
but that now, it is obvious, is the real deal
So please follow the guidelines that she has laid out
it is going to be worth it, of that there’s no doubt
and if you turn on your radio, just around 3
the voice that you hear is of Bonnie Henry. 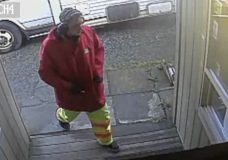 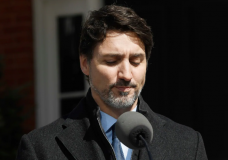