Officials are now claiming that up to 22 people have been injured in yesterday’s suspected natural gas explosion that took place at 19 Wing Comox.

The incident took place just after 9:00 a.m. on Thursday, November 18, when an explosion — which echoed throughout the surrounding area — went off at the base.

At this time, it is still unclear what caused the suspected natural gas explosion, however, an investigation is ongoing.

LISTEN to the explosion at 19 Wing #Comox as it happened at 9:03 this morning. Captured on my home security camera and was heard across the Comox Valley to #PowellRiver. I was just leaving on a different assignment. ⁦@CHEK_News⁩ pic.twitter.com/QDEvYpbcxl

A light urban Search and Rescue team from CFB Esquimalt is on the scene Friday in order to confirm that there were no other victims as a result of the explosion.

The building where the incident took place was home to 59 people, CHEK has learned.

The 22 injured victims were a mix of military members and civilians working at the base. Additionally, two contractors were injured who were working on renovations at the site of the explosion.

Officials at 19 Wing #Comox now say 22 people were injured in yesterday’s suspected natural gas explosion. A light urban SAR team from #CFB #Esquimalt is on the scene today to confirm no more victims.⁦ 59 ppl lived in the building. ⁦@CHEK_News⁩ pic.twitter.com/aRYfGc001u

At this time, only one person remains in hospital with a serious leg injury. 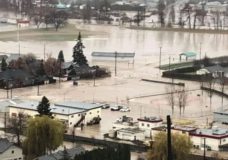 Non-essential vehicles on Vancouver Island limited to 30 litres of gas per visit: Province 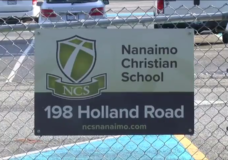