At least $10,000 worth of damage after fire at Victoria’s Belfry Theatre

WATCH: Victoria Fire Department crews responded to a minor fire in an electrical room in the basement of the Belfry Theater on Friday night. It turns out the damage will cost the non-profit at least $10,000 and up to $100,000. Isabelle Raghem reports.

From the outside, it looked like business as usual at Victoria’s Belfry Theatre Saturday morning, but inside the clean up had just begun in the basement.

“The damage is predominately in [the] corner. It was created by a overheated wire against some cardboard gel frames that we use for gel lighting,” said Belfry Theatre Executive Director Ivan Habel.

The Victoria Fire Department was called to the heritage building just before 10 p.m. Friday night. While there was smoke when they got there, the sprinkler system had put out the flames.

“The sprinklers were very effective at putting out the fire,” said Battalion Chief Doug Carey. “But they also laid down about five inches of water in the basement with no floor drains, so right now we?re pumping out the basement.”

That water is going to cost the Ferwood theatre thousands.

“Unfortunately this room is where the electronics are for the stage and house lighting,” said Habel, “it’s gonna be an excess of $10,000 and could be upward of close to 100.”

Habel says luckily the theatre’s season wrapped up just last week which means they won’t loose any ticket sales on in-house performances. However, there are a few fundraisers coming up this week they will have to cancel.

They expect to pull back the curtain for audiences once again by June. 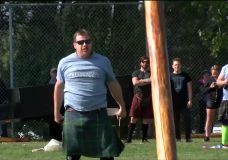 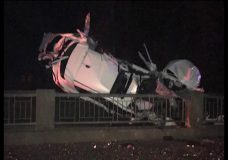 May long weekend off to tragic start on Vancouver Island roads