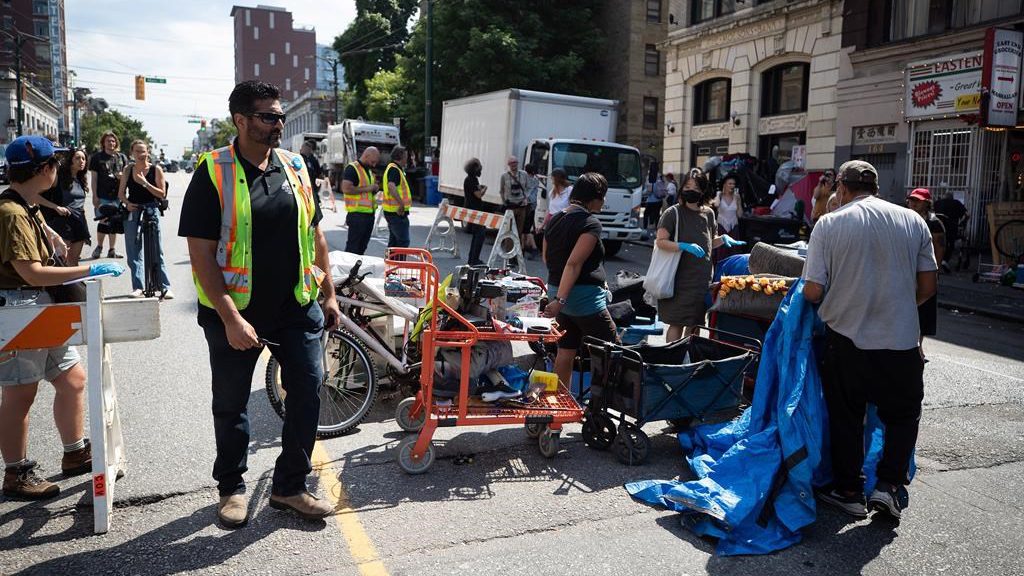 VANCOUVER — Police say a charge of assault with a weapon has been laid against a woman after officers in Vancouver were allegedly attacked in the same area as a tent encampment was being removed from the city’s Downtown Eastside.

A statement from Vancouver police says 44-year-old Alene West was charged after an officer was hit in the head with an object on Tuesday.

The statement says several other suspects are also under investigation for what is described as a “swarming” of officers who were responding to reports of an unruly man at a community centre in the same block as the encampment.

Sgt. Steve Addison says officers were surrounded, pelted with objects, bitten and punched by people trying to stop police from taking the man into custody.

Addison says the arrest was not related to removal of the tents and police were not involved in that action, which was ordered by Vancouver’s fire chief due to safety concerns.

He says dozens of people had gathered to watch city workers talk with campers and begin the tent removal but officers were surrounded as they arrived at the community centre for the unrelated arrest.

“This incident is another example of our officers facing violence while trying to maintain some degree of public safety in an increasingly hostile neighbourhood,” Addison says in the statement.

In total, seven people were arrested and Addison says three will return to court later, including West and the man whose actions led to the initial police response. 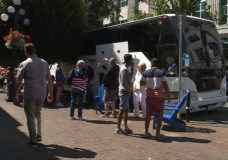 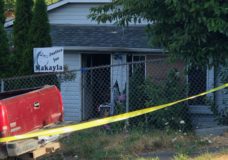