Posted: Jul. 14, 2021 5:55PM
CHEK
WatchVancouver is the latest city in British Columbia to legalize drinking in select city parks, but don't expect the same thing to happen here on Vancouver Island. However, as Hannah Lepine reports, some are asking what difference would it make.

A pilot project allowing alcohol consumption is now underway in 22 parks across Vancouver.

But, don’t expect to be able to crack a beer anytime soon at a park on Vancouver Island.

That’s because the majority of municipalities in B.C. haven’t even considered the idea, much less voted on it.

The District of Saanich was among the few that seriously consider allowing alcohol consumption at 14 of its parks, but councillors rejected the idea without even debating it.

“Where this does happen, there’s an increased risk of alcohol-infused behaviours, some might call it rowdy-ness,” says Saanich’s mayor, Fred Haynes.

As locals and tourists are spending more time at the parks and beaches than ever, district staff say they already know rules are being broken.

“People tell me that there already is discrete drinking in parks so is there really a need for this?” added Haynes.

Park drinking, according to the mayor, could lead to more police costs as well.

But, the other side says if drinking in our parks is already happening, why not make it legal?

“From my perspective, why force it to be illegal? Why not allow it legally in a way that’s responsible and in a way that supports local businesses that are recovering from the economic impacts of COVID-19,” says Saanich Coun. Ned Taylor.

Researchers at the University of Victoria say opening parks to alcohol consumption could leave restaurants and bars potentially struggling even more.

“I think people who want to go out and drink in public, instead of patronizing pubs and restaurants they are going to buy alcohol from liquor stores and just drink it at the park,” says Dr. Tim Naimi, director of the Canadian Institute for Substance Abuse Research.

Adding, if people are consuming alcohol in the parks it could make those around them uncomfortable.

“I think our public spaces are for young people, single women, minority groups, or the elderly who may not be strong advocates for allowing alcohol everywhere,” added Naimi.

The Vancouver pilot program permitting alcohol use in city parks will be in effect until Oct. 11. 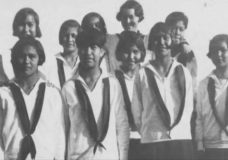 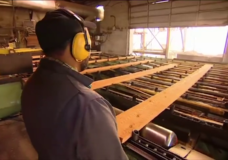