Apartment building fire in Duncan sends 13 to hospital, all in stable condition 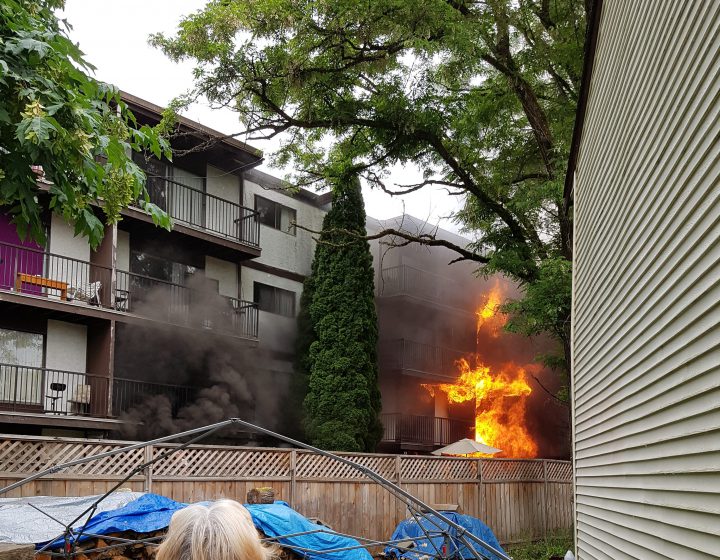 Flames seen engulfing the side of an apartment building on the 600 Block of Dobson Road in Duncan. Photo courtesy of Steve Sheepwash

The B.C. Ambulance Service says 13 patients are in hospital but in stable condition, following a structure fire in Duncan at the Parkland Place apartments.

Emergency crews responded to the 600 block of Dobson Road at 10:23 a.m. Sunday after fire alarms were set off.

Firefighters went door to door during the blaze to evacuate several residents. some required assistance to escape the building.

Eight ambulances helped transport all the patients to hospital.

Officials say due to the severity of the incident they also sent two helicopters to the scene.

An investigation into the cause of the fire is underway, it is believed to have started on the first floor of the building. 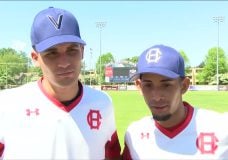 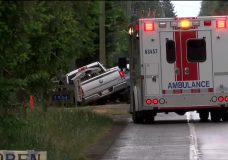 Man dies in Black Creek crash on Highway 19A