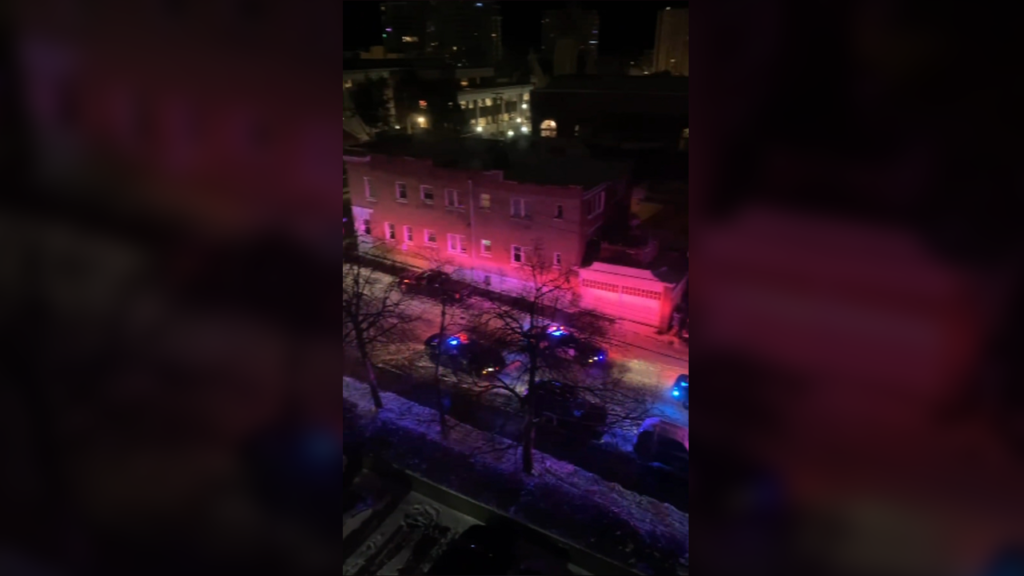 A Victoria police officer was dragged under the vehicle of an allegedly impaired driver who fled a traffic stop early Wednesday morning, the department says.

The incident occurred just after 3 a.m. when a patrol officer spotted a vehicle turn onto Pandora Avenue at Blanshard Street, heading the wrong way.

The officer, suspecting impaired driving, activated their sirens and pulled the vehicle over.

It was then that dispatch informed the officer the vehicle’s registered owner had previously been convicted for homicide “and had recently told officers of his desire for a fatal encounter with police.”

The officer called in backup, and when it arrived two patrol officers approached the man in the driver’s seat. Police say there appeared to be clear signs he was intoxicated before he began fleeing the scene — and taking one of the officers with him.

“One of the patrol officers became entangled with the vehicle and was dragged for several meters before freeing themselves. Despite their injuries, this officer returned to their vehicle and followed the fleeing van,” police said.

The driver turned onto Amelia Street and then attempted to turn into a driveway, crashing into a parked vehicle and then a house, according to police.

A patrol sergeant then used their vehicle to pin the man’s van in place. He then exited the vehicle but refused to comply with officers’ directions, according to police.

Officers then fired bean bag rounds and a Taser until the man fell to the ground, and he was taken into custody.

Police say the officer who was dragged by the vehicle was transported to hospital and treated for a non-life-threatening leg injury, while the suspect suffered no injuries and was transported to cells. He was then given a breathalyzer test and failed, resulting in his vehicle being impounded and a driving prohibition. The man was later released with conditions pending a future court date.

Collision reconstruction analysts say the damage to the home and parked vehicle was “extensive” but despite that, occupants of the home were not injured. 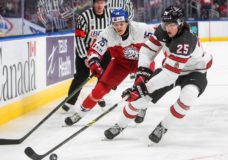 World junior hockey championship cancelled due to COVID-19 cases on multiple teams
B.C. delays return to school for most K-12 students until Jan. 10 amid COVID-19 surge