Canada’s largest airline will drastically reduce its international and U.S. service over the coming days.

Air Canada announced in a press release this afternoon that will suspend the majority of its international and trans-border flights by March 31, as a result of the ongoing COVID-19 pandemic.

“The restrictions on travel imposed by governments worldwide, while understandable, are nonetheless having a cataclysmic effect upon the global airline industry. Our immediate focus is on ensuring the safety and well-being of our employees, customers and communities,” Air Canada’s president and chief executive officer, Calvin Rovinescu said in a press release.

It will also operate what they’re calling a “limited number of international air bridges” between one or more of their Canadian hubs and London, Paris, Frankfurt, Delhi, Tokyo and Hong Kong from April 1 until at least April 30, reducing its international network from 101 airports to six.

The release did not specify which airports in London and Tokyo Air Canada would continue to serve.

Air Canada airline also plans to resume domestic flights to all provinces and territories “albeit with a significantly reduced network” that will see it serve 40 domestic airports instead of its normal 62. The reduction in domestic service to last until April 30, according to the airline. 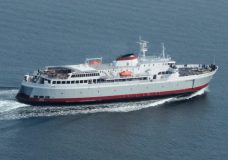 Black Ball Ferry Line suspends all sailings due to COVID-19 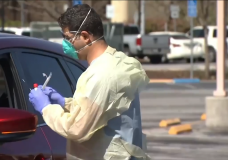