The Greater Victoria School District is trying out a new look for existing dress codes at its schools.

Trustees voted 7-2 to do away with the current rules and adopt a new code that is described as recognizing that “decisions about dress reflect individual expression of identity, socio-cultural norms and economic factors, and are intensely personal.”

In practice, it means students will be allowed to wear anything they choose so long as it conforms with “health and safety requirements for the intended activity”, and does not promote drugs or alcohol, display offensive images or language, or encourage discrimination.

Cloverdale Traditional Elementary School will be allowed to keep a standard school uniform.

SD61 Trustee Jordan Watters first put forward the need for a change of codes more than two years ago.

In a message on Facebook, she writes ” It took 2 years, 16 meetings, 48 parent letters, 8 community presentations, and a relentless focus – but we got it done.”

One of the issues she had with the existing policies was that they primarily targeted female students, even though the language used in them might sound gender-neutral in their goal to create a “distraction-free environment.”

“‘No visible straps,’ they’ll say, and, you know, the people who have straps are girls who wear bras,” she said in 2016.

“The underlying message there is that girls are responsible for making sure their bodies aren’t distracting to their male counterparts and teachers, and that obviously can be hugely problematic.

Watters said parents and students alike were frustrated by dress codes and their enforcement.

She says this decision means “dress codes have entered a new progressive era in the Greater Victoria School District! With our new policy in place, we take the first step towards a future where nobody is a distraction and all children are welcome to express themselves without fear of shame.” 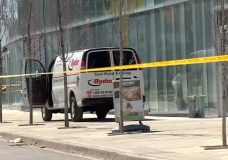 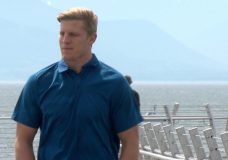