‘A whole change of life’: Homes hooked up to clean drinking water in Cowichan Tribes

Clean drinking water has finally been hooked up to homes on Indian Road in Cowichan Tribes, after residents lived with brown and smelly water for over three decades.

For Bubba Qwulshemut, it marked a big milestone.

He’s lived on the street for 30 years, has never felt safe drinking the water from his home’s taps and says raising his children was a challenge, because they had to bathe, brush their teeth and cook with bottled water all their lives.

According to Qwulshmut, the water that ran through their taps was brown and plainly “gross” and smelly. “First thing I noticed, it was fizzing. Just like ginger ale pop,” he told CHEK News.

Another resident, Adrienne Peter, remembers it “being a brown, like dark colour.”

They were one of 30 households on Indian Road living like this and now, Peter, who is a mother of four herself, is finally able to wash her children’s faces with tap water and tell them it’s safe to drink.

“It’s a whole change of life, our whole life has changed,” she said.

Qwulshmut says he was “just about in tears” when he was told he could turn the tap on and drink from it. “It’s just kind of like, wow, it hits you,” he said.

“[Bubba’s] a pretty big strong man and he was choked up in tears, you know, we all were,” noted Peter.

The clean drinking water comes following funding from the federal government that the band had been appealing for, for years.

“The first homes here were built in the 1940s and 1950s. So, as far back as that, they’ve never had access to clean drinking water,” said Cowichan Tribes community health nurse Nilak Ironhawk-Tommy.

“You know, we’re just across the bridge from downtown Duncan. You wouldn’t think that there are communities so close.”

On Friday, Qwulshemut led drumming, dancing and singing to celebrate this community’s milestone. “I’m just thankful to get it,” he exclaimed.

However, there are still 25 homes to go.

“You know, our people can’t drink the water or bathe their babies in the water. You know, I can’t even imagine,” said Ironhawk-Tommy.

“Especially in this day and age, 2022, everyone should have clean running water, but we don’t,” added Cowichan Tribes member Laura Antoine.

Cowichan Tribes’ homes on Riverbottom, Botwood and Miller roads are next, but officials say there is no timeline on when those families can trust their water is safe to drink. 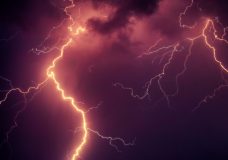 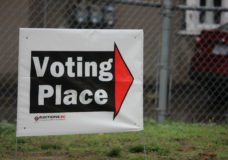