It was July 22, 2019. One day after his son from Port Alberni was officially listed as missing, Victoria’s Al Schmegelsky made an emotional plea on CHEK News.

“I’m saying as a dad, those two boys are still out there, go find them,” he said at the time.

What came next was an investigation that gripped the entire country as the two Port Alberni teens, 18-year-old Bryer Schmegelsky and 19-year-old Kam McLeod, went from missing persons to suspects in the random murders of three people in Northern B.C.

Twenty-four-year-old American Chynna Deese and her boyfriend 23-year-old Australian Lucas Fowler were found shot to death near Liard Hot Springs on July 15, 2019, and the body of 63-year-old UBC lecturer Leonard Dyck was found on July 19, 2019, on the side of the highway near where McLeod’s burned-out truck was found.

“This was a huge event I don’t think there was a police officer in all of Canada that didn’t have some tiny part,” said BC RCMP spokesperson Cpl. Chris Manseau.

Over three weeks, the young men lead police on a cross-country manhunt, appearing casual as they were captured on surveillance videos heading east in Leonard Dycks’ Toyota Rav-4. They were eventually tracked to the dense woods near Gillam, Manitoba.

“It was a ‘whodunnit’ and then it was ‘where are they’ and the big question we still have today, ‘why’?” said Manseau.

It’s a question that will likely remain unanswered because the pair were found dead after committing suicide. While they confessed to all three murders in a series of short videos, they never explained why. But that isn’t the only remaining question being asked today.

“Could we have done anything to prevent it?” questions Al Schmegelsky’s lawyer Sarah Leamon.

Leamon says her client is still pushing for some type of public inquiry that might look into how the kids got access to guns, or if the system somehow let them down.

“Bryer was a youth that was involved in the Ministry [of Children and Family Development] from a very young age so there were multiple opportunities for the ministry to have intervened and indeed they did, the question is whether they did so in an appropriate manner or whether they could have done more,” she said.

“I don’t know if it will ever be ordered but it is something he has suggested and continues to advocate for,” she said.

While there are still so many questions, there is also still an incredible amount of grief.

“We have three families that are mourning, this is the anniversary and of course anniversaries, birthdays, holidays those types of things we know this is going to be a very difficult time for them,” said Manseau. 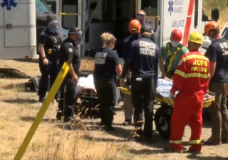 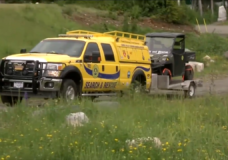 New annual funding for BC Search and Rescue teams