Nanaimo RCMP and Nanaimo Fire Rescue are investigating following a house fire that claimed the life of a 95-year-old man.

The Friday night residence fire at the Adams Avenue home, near Bowen Road, lead to a large response of Nanaimo firefighters, police and paramedics.

Authorities say that reports of the fire came in just before 9:30 p.m.

“The first in engine and company was met with smoke and flame coming out of the one suite that was involved. Our firefighters went into rescue mode. They entered the suite. Tragically they found the resident deceased,” said Assistant Fire Chief David Dales.

Firefighters were able to put out the blaze quickly, though the department’s assistant chief says there was extensive damage to the suite.

Firefighters also heard a smoke detector ringing in a suite on the other side of the home, where an older woman lives.

Firefighters were on scene today ensuring the power could be turned back on the for the woman’s suite.

Meanwhile, friends are mourning the loss of the 95-year-old man who hasn’t been named.

“I’m a structural engineer. He was an architect. He was my squash partner for probably 25 years. He was a great storyteller and I’m so sad to see he’s gone,” said Mike Herold, a friend of the victim.

Herold says the 95-year-old was the architect behind numerous Nanaimo schools including Pleasant Valley Elementary and Wellington Secondary.

Herold, says he spoke with his friend just two days ago and the 95-year-old was considering moving into a senior’s home so the news of his death is a complete shock.

“I just got a call this morning about what happened and pretty sad he was a great man,” said Herold.

Police and fire officials are investigating the cause but those details aren’t expected for several days.

Neighbours say the 95-year-old had mobility issues and could often be seen cruising around the neighbourhood on his mobility scooter.

In late February another house fire claimed the life of a 60-year-old man in Port Alberni. 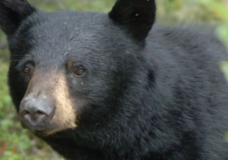 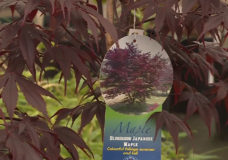 Get Up and Grow: Tips for growing weeping Japanese maples