A look back at the impact in B.C. on the two-year anniversary mark of its first COVID-19 case

Today is the two-year anniversary of the first case of COVID-19 in B.C., and there have been many changes to our daily lives since that first case was detected.

The case was found in a male resident in his 40’s returning to Vancouver after a trip to Wuhan, China.

Over the next few weeks, Dr. Henry implemented restrictions that included discouraging travel.

“We are advising British Columbians against all non-essential travel outside of Canada, including the United States,” Dr. Henry said on March 12, 2020.

Then public health orders directed at stopping the virus, from limits on group sizes to Education Minister Rob Fleming’s decision to close the province’s schools for in-person learning.

“We are directing all schools to immediately suspend all in-class instruction until further notice,” said Fleming on March 17, 2020.

Restaurants were ordered to close indoor dining for ten weeks, then when they were allowed to re-open there was a requirement for safety measures like reduced capacity limits, and physical distancing.

In March 2020, bookings for Accent Inn were non-existent according to President and CEO, Mandy Farmer.

“Right now our bookings are completely decimated. There is nothing,” Farmer said on March 23, 2020.

Planes were grounded, and Ogden Point was deserted as the global cruise ship industry shuts down.

In 2021, health officials implemented a travel restriction within the province. People in B.C. were not allowed travelling between health authorities.

This was enforced by road checks on highway corridors to stop drivers travelling unnecessarily with the power to issue fines up to $575.

During the travel restrictions, many people who were thought to be violating travel orders was targeted, including an American living legally on the Island, who received racist messages for driving a vehicle with Washington State license plates.

Two years after the first case was detected, many are are hopeful that after years of sacrifice, the worst of this pandemic may finally be ending. 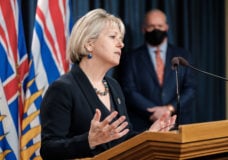 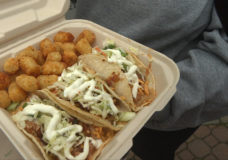