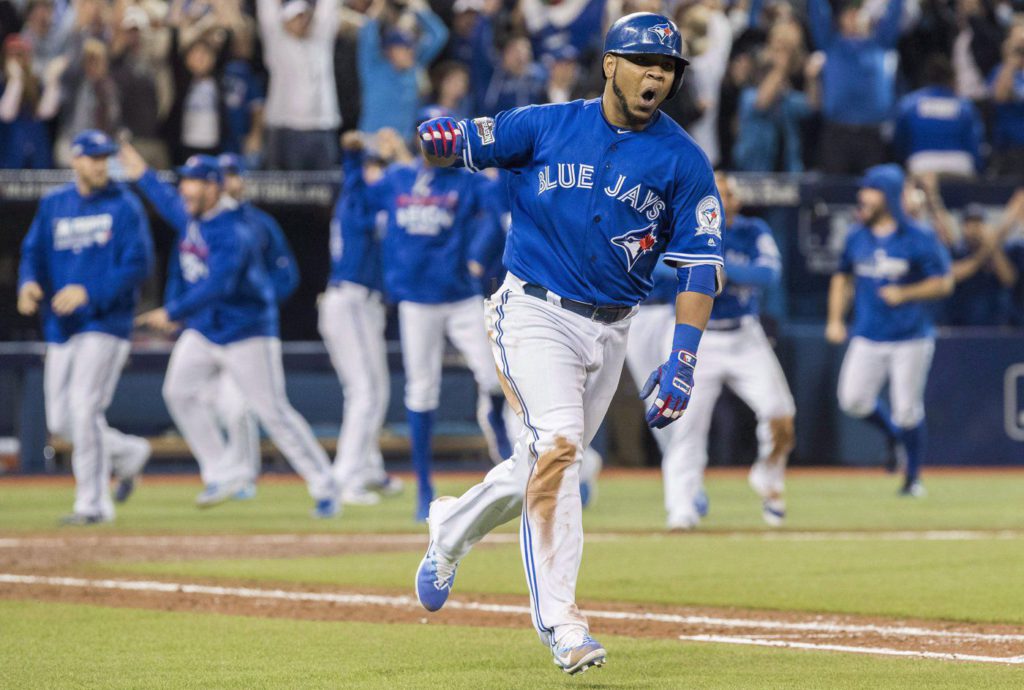 Here’s a look back at five memorable playoff moments in Blue Jays history:

The old single wild-card game format had its share of critics, but it frequently delivered the drama.

Toronto and Baltimore heightened the intensity even more by going to extra innings in their play-in matchup at Rogers Centre in 2016.

With the score tied at two in the 11th inning, Devon Travis and Josh Donaldson reached on one-out singles for the Blue Jays.

That set the stage for Edwin Encarnacion, who belted a no-doubt blast off Ubaldo Jimenez that booked Toronto’s spot in the AL Division Series.

Encarnacion, an all-star with 42 homers that season, raised both arms in the air after his swing. Orioles catcher Matt Wieters looked up at the launched ball and immediately started walking back to the dugout.

Future Hall of Famers squared off in Game 4 of the 1992 AL Championship Series when Oakland’s Dennis Eckersley faced Roberto Alomar in a ninth-inning showdown.

Eckersley was virtually unhittable that year, winning the Cy Young Award and the league’s MVP honour. The late-afternoon shadows at the Oakland Coliseum provided another challenge for Alomar, the Blue Jays’ second baseman.

Alomar silenced the crowd with a two-run homer and Toronto went on to win 7-6 in 11 innings.

The Blue Jays would close out the series in six games before topping the Atlanta Braves for their first World Series title.

The Blue Jays endured some playoff heartache before finally breaking through in 1992.

Toronto’s first post-season appearance came in 1985 after manager Bobby Cox guided the squad to a 99-win campaign. The Blue Jays took a 3-1 lead in the AL Championship Series against Kansas City but couldn’t put the Royals away.

George Brett’s third home run of the series came in the sixth inning of Game 6 and K.C. forced a deciding game with a 5-3 win.

The Royals completed the comeback with a 6-2 victory in Game 7 at Exhibition Stadium.

SEVENTH IN THE 6IX

A botched throw back to the mound kick-started a seventh inning to remember in the decisive Game 5 of the 2015 AL Division Series between Toronto and Texas.

The Rogers Centre crowd was incensed that the run stood and the field was soon littered with debris. The benches would clear twice in the frame and one player was ejected.

However, the truly memorable moment came in the bottom half of the frame when Jose Bautista hit a three-run homer — complete with a next-level bat flip — to help power the Blue Jays to a 6-3 win.

No list of memorable Blue Jays playoff moments would be complete without a nod to Joe Carter’s walkoff homer for the ages in 1993.

The late broadcaster Tom Cheek delivered the call he’s most known for with the line: ‘Touch ’em all, Joe! You’ll never hit a bigger home run in your life!” 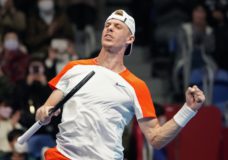 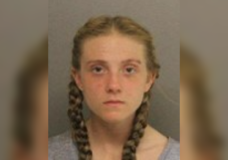