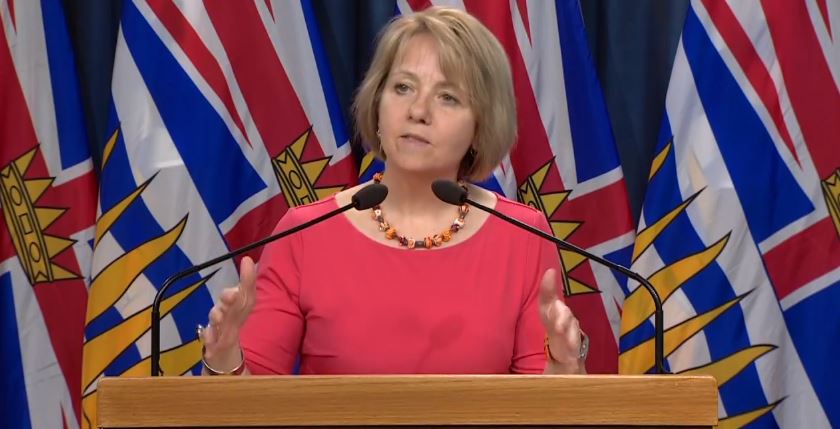 Island Health has two more COVID-19 cases, bringing the total in the health region to 81.

There are also 615 cases in Vancouver Coastal Health, 487 in Fraser Health, 130 in Interior Health and 23 in northern health. A total of 838 people have recovered in the province.

Of the five deaths announced Wednesday, three were seniors in long-term care homes in North Vancouver — two who died at Amica Edgemont Village, as well as another resident of the Lynn Valley Care Centre. All the new deaths were in the Vancouver Coastal and Fraser Health regions.

Health Minister Adrian Dix offered his condolences to the families of those who have lost their lives to the disease.

“It is one of the things that drives Dr. Henry and everyone involved in the provincial health team,” he said.

There are 135 people in hospital and 61 in intensive care, down from 138 hospitalizations and 66 in ICU on April 8.

Of the hospitalizations, 48 are in Vancouver Coastal Health, 62 in Fraser Health, 10 in Interior Health, 11 in Vancouver Island and four in Northern Health.

Dix said there are currently 4,513 vacant hospital beds in B.C. with a 58.5 per cent occupancy. A total of 48.5 per cent of critical care beds are occupied.

Henry said there are no new outbreaks at long-term care homes but there are new cases. A total of 138 residents and 88 staff have tested positive at 21 care homes.

She is once again reminding people to stay home this weekend.

“This is not the time to take unnecessary travel,” Henry said. The province has closed all provincial parks in B.C. effective immediately.

Dix said he has spoken with Alberta Health Minister Tyler Shandro about the upcoming long weekend, and they both agreed that no one should be travelling between the two provinces for anything but essential work.

Earlier Wednesday, Premier John Horgan announced that people returning to British Columbia from other countries will be required to present self-isolation plans or they will be placed in quarantine.

The government says it will have officials in place starting Friday at Vancouver International Airport and major land border crossings to make sure the plans are complete.

Horgan says forms will be available online to help travellers, and those arriving by air will be given the document.

The document can be submitted online or completed on arrival, and must indicate how returning travellers plan to keep themselves in self-isolation for 14 days.

If the plan is not approved, Horgan says those travellers will be taken to a “quarantine site”until they can get arrangements in place.

Watch the April 8, 2020, news conference with Dr. Bonnie Henry below:

To see previous case counts and the B.C. epidemic curve, visit the BC Centre for Disease Control website. 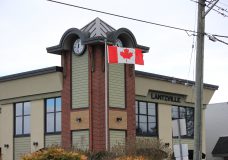 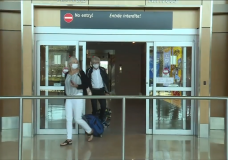 International travellers returning to B.C. must provide self-isolation plan or be placed in quarantine