WATCH: A 30-year-old Tofino man is telling a harrowing tale of being hunted by wild animals. The man said he was followed through the forest for hours, before escaping his pursuers. Kendall Hanson reports.

Sylvain Rollin said a pack of animals followed him for hours as he tried to find his way out of the forest Wednesday night near Tofino.

The scratches on his arms, face and legs are from what he calls the scariest night of his life.

“I was afraid that if I gave up I was going to be their food,” Rollin said. “I had the feeling I was being hunted.”

“I had the feeling I was being hunted.”

Rollin only arrived in Tofino a month ago, but he quickly got a job at the town’s public works yard.

When he was leaving the yard Wednesday evening, he decided to take a trail to the campsite where he’s staying, known as Poole’s Land but it soon became dark and that’s when he says a pack of animals began following him.

“Actually in my mind, they looked like panthers or maybe like a black cougar or something,” Rollin said. “I had no idea they were wolves.” 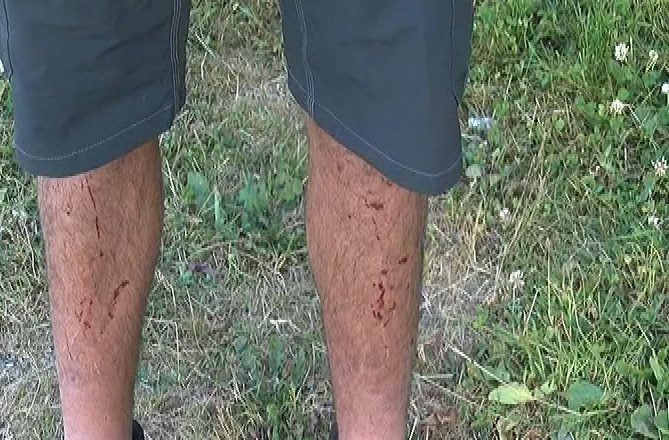 He said they were two adults and three young ones. It seemed like the adults were using him to teach the young to hunt.

“I got really scared and I knew I had to do something so I tried to go back on my footsteps but I just got deeper and deeper and I really got lost,” Rollin said.

He claims he spent hours trying to escape the wolf pack. During that time, Rollin said he shifted between total exhaustion and bursts of adrenaline.

He said he used his knife,  swung tree branches like a club, climbed a tree, and at one point even swam in a swamp to get away.

“When they were running towards me they were making foot sounds and like branch cracking but they never showed teeth,” Rollin said.

Rollin says his ordeal ended when he heard a dog barking, which led him to the safety of the dog and the dog’s owner. He gave Rollin dry clothes and walked him back home.

A friend heard what happened and posted Rollin’s story to social media.

Rollin said he doesn’t care if people don’t believe his story. He also said he wasn’t using drugs or alcohol that night and he says his experience should serve as a warning.

Despite his ordeal, Rollin said he doesn’t want the animals harmed. He said he shouldn’t have been in their territory alone at night and from now on, unless he’s with other people, he’ll stick to populated areas.

The B.C. Conservation Service is investigating the incident. 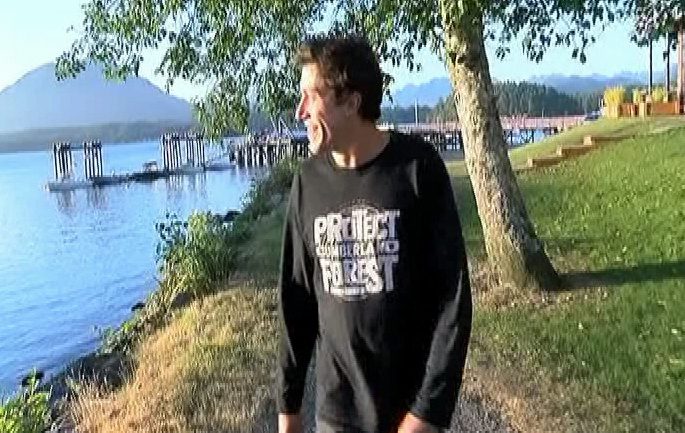 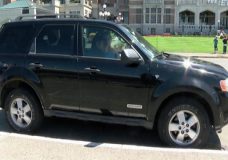 Think your car doesn't get hot on a 20-degree day? Think again 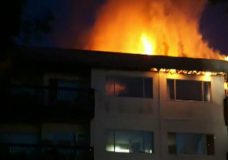 At least 40 people without homes after Parksville apartment fire