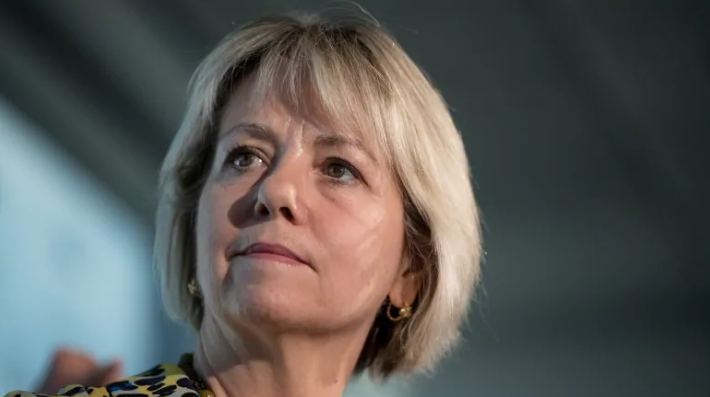 Dr. Bonnie Henry, the provincial health officer, said there are 145 new cases of COVID-19 in the province.

The new cases were counted over the last 48 hours. There have been 78 cases in the last 24 hours.

Henry said there is a higher number due to a backlog, but it is now cleared.

There are now a total of 330 cases in Vancouver Coastal health region, 194 in the Fraser Health region, 44 in Island Health, 41 Interior Health and nine in the Northern Health region.

“In the Lower Mainland, in Vancouver Island, there is community transmission that is driving what we’re seeing right now,” Henry said.

Dix said cases are expected to rise in the next few weeks and it won’t be until later when officials can see if social distancing has worked.

“The next few weeks will be very, very difficult,” Dix said.

“It will be sometime before we see that change we are working toward.”

There are now 617 positive cases in COVID-19 in the province. Fifty-nine people are in hospital and 23 people are in ICU. One hundred and seventy three people have recovered.

“Once you have recovered from this, you have immunity for a period of time,” Henry said.

There have been no additional deaths as of March 24, 2020. Thirteen people have died from COVID-19 in B.C. with 10 associated with the outbreak with the Lynn Valley Care Home in north Vancouver.

“Most of our deaths, tragically, have been related to the one long-term care home,” Henry said when speaking out comparing B.C.’s COVID-19 death rate to other COVID-19 outbreaks around the world, such as northern Italy.

“When we look at the overall numbers … we consider that as one event rather than 10 individual events.”

There are at least 32 cases are linked to the Pacific Dental Conference that took place in Vancouver earlier in March.

“We know that there is circulation and there is risk across the province right now,” Henry said.

“No community in this province is immune. We know this virus can spread with very minimal symptoms.”

B.C. Health Minister Adrian Dix said 3,866 hospital beds available with an occupancy rate of 66 per cent. Dix also said around 3,500 tests are being done each day.

Canada’s chief medical health officer Dr. Theresa Tam says overall in Canada, an equal number of Canadians who have tested positive for COVID-19 contracted the virus from travel and from transmission within their own communities.

But the trend is now turning toward community spread.

Tam says this is a “fundamental shift” in the spread of the virus in Canada.

If Canada is going to get a handle on community spread, social distancing and maintaining a two-metre barrier between people is essential, she said.

“Our primary strategy is to ensure that people are self-isolating when they should be and that everyone is respecting social distancing. That, in and of itself, will cut down on the change of transmission if everybody respects that,” Tam said Tuesday.

“I can’t emphasize how important that is.”

She noted the importance of understanding how the virus is spreading within communities, as this will have an impact on steps taken to stop transmission. For example in British Columbia, several clusters of cases and deaths have occurred within long-term care facilities, which has led to stringent protocols being enacted within these facilities to protect their more vulnerable residents.

She also pointed to a dental conference in B.C. that resulted in at least 20 cases and one death — of a working-age health care professional. With conferences and large gatherings now banned, this type of transmission risk is now lessened, Tam said.

People identified with the illness now likely caught it from exposures up to three weeks ago, which is why health officials hope restrictive social distancing policies enacted across Canada in the last two weeks will start to show in upcoming data.

Tam acknowledged the backlogs in testing for the virus have been frustrating, but says work is ongoing to find ways to hasten results.

“Speeding up lab tests is very, very important as you’re trying to detect cases and contain them. But right now there is an issue with getting lab tests to everywhere with full speed,” she said.

“We’re doing everything that we can with domestic solutions, trying to pull out all stops in ratcheting up that laboratory capacity as we speak.”

Also on Tuesday, 220 passengers from the Grand Princess cruise ship who completed their 14-day quarantine at CFB Trenton and are symptom-free have been released. Those who continue to have symptoms will remain until they’re healthy.