Boomer’s Ride is in memory of Cpl. Andrew Eykelenboom who was killed in Afghanistan in Aug 2011. It has raised $1.2million for Boomer’s Legacy which has helped people in need where Canadian Forces have served.

Maureen Eykelenboom cares about the riders like a mother and has since the beginning when Boomer’s Ride began ten years ago
“It’s pretty amazing” she said. “When it began we had no idea it would carry on like this.”
Her son Corporal Andrew Eykelenboom was a military medical technician serving in Afghanistan when he was killed by a suicide bomber in August 2016. He was to return home just days later.
His nickname was “Boomer” and the charity Boomer’s Legacy was born.
It has raised over $1.2million, mainly from Boomer’s Ride, a charity bike ride from Comox to Victoria..
“I think it is pretty amazing” Eykelenboom continued. “You know in 2011 when our troops pulled out of Afghanistan it was at that point when we said should we carry on? I had military members saying Maureen you can’t quit, don’t stop because I’m headed to Kosovo, how can I help those people?”
The money has been used by Canadian soldiers to help poor people in countries where they are serving and more recently charitable causes in which Canadian soldiers are involved here at home.
The two day ride is usually from Comox to Victoria but this year 17 people added two more days, beginning in Port Hardy Thursday instead.
On Saturday they’ll join 70+ other riders for the two day trip to Victoria.
“The whole Boomer’s Legacy is just an incredible story to help Canadian soldiers, sailers, airmen and women reach out to local communities here and around the world.” said rider Jaime Clarke.
“Not only does that give the soldiers a feel-good which is a win win for them, it makes them feel perhaps a little less stressed but also it helps the people that they’re helping wherever that happens to be.” said 7-time rider Dave Berry.
“I just got back from Afghanistan about a month and a half ago, probably some of the same places Andrew was in.” added Virgilio Clarion.
This is the final Boomer’s Ride down the island. Next year a smaller event will likely take place at 19 Wing Comox.
For more on Boomer’s Legacy and to support the riders click here. 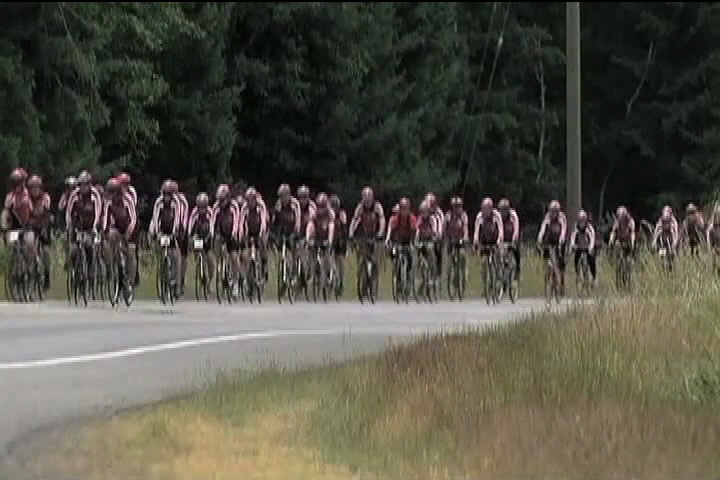 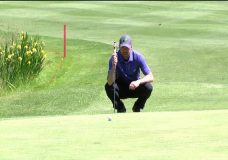 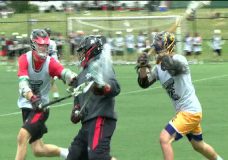