1-bedroom rental in Victoria median price at $1,600 as rental prices increase by 15 per cent

Victoria is no stranger to high rental prices, but the city is seeing an unprecedented spike in costs this year.

“Finding a place on your own right now with the market, right now is just so expensive,” said Dallas McNeil, an 18-year-old in search of a home to rent in Greater Victoria. “It’s just hard.”

McNeil’s been on the hunt for a home to rent for more than five months. He’s recently gotten creative, banding together with his friends in hopes of finding a larger house to split, to lessen the costs, but they haven’t had much luck as of yet.

“Victoria was in a real crisis before the pandemic hit with high rents, low vacancy rents, at 1.2 per cent,” said Rentals.ca content director Paul Danison. “Apparently, according to CHMC they’re around 1.6 per cent now, and might go up to 1.8 per cent in 2021, and that’s because there’s a lot of new buildings, new apartments coming to the market.”

So with availability increasing, why are prices skyrocketing in Greater Victoria?

“As people spend more time than ever at home, and renters are negatively impacted by the pandemic, space and availability have become very important,” explains Crystal Chen, an Analyst at Padmapper. “I’m sure some people now that they have to shelter in place, and work from home, instead of staying in Vancouver ,they want to move to Victoria.

Although Victoria is used to rising rent costs, 15 per cent is unheard of.

Although our seaside views and year-round weather attract renters, it’s not the only thing pushing up costs.

With no travellers coming to Victoria, many are feeling the financial pressure with their short-term rentals.

“People have mortgages on these short term rentals, and have to pay their bills, and are turning them into long-term rentals. They’re furnished units, and they’re a little bit higher than typical rentals, pushing up the cost of rentals,” said Danison.

For some, the hunt is tiring.

“Over the last five months I’ve found it super difficult because it’s already a demanding market there’s a lot of people that are looking for places,” said McNeil.

As he is hoping to move into his first place, he has no previous renting experience or landlord references, making the journey even harder.

“We don’t have pets, we don’t smoke, so we don’t miss out on a lot of that criteria people aren’t looking for, so it’s just hard, the whole “being young” thing,” said the hopeful renter.

He and his friends are hoping someone will be willing to give them a chance, soon, because with Victoria’s limited space and increased demand, high rental prices are expected to stick around. 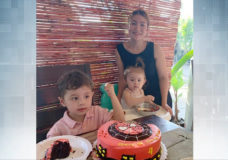 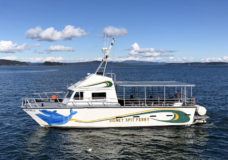