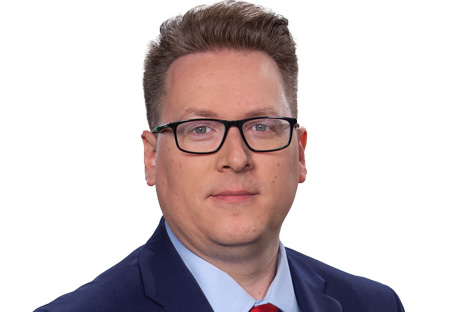 On most days, you can find Rob reporting out of the messy attic at the B.C. legislature that houses the press gallery, where he analyzes the latest news as CHEK’s Political Correspondent.

A veteran of more than 13 years on the B.C. politics beat, Rob has covered scandals, resignations and protests across the province. He chronicled the citizen uprising on the Harmonized Sales Tax that brought down Gordon Campbell, the rise and fall of Christy Clark’s B.C. Liberals and the historic power-sharing deal between the B.C. Greens and NDP that first put John Horgan into power.

Prior to joining CHEK News, Rob reported for the Vancouver Sun, the Victoria Times Colonist and the Globe and Mail newspapers. He co-authored the national bestselling book A Matter of Confidence, which told the inside stories of the last decade in B.C. politics. His work has been published in virtually every major Canadian newspaper, and he’s a frequent guest political commentator on radio and TV stations across the country.

But Vancouver Island has always been Rob’s home.

Born in Nanaimo, he grew up on the mean streets of Cedar – a small rural community with more cows than people. His parents subscribed to half a dozen newspapers. Nightly TV news from CHEK and BCTV was a ritual. His news obsession began early.

At 16, Rob wrote his first story for the Ladysmith Chronicle community paper – an explosive blockbuster about the town getting a new postal code. He was hooked.

Four years at Ryerson University in Toronto was followed by stints at the National Post, Globe and Mail and Vancouver Province before Rob returned to the Island for the Times Colonist – where he was promptly assigned to cover the glamorous beat of sewage treatment.

It turned out to be a blessing in disguise, as the emergence of Mr. Floatie, the costumed sewage treatment crusader, led to several years of fascinating and interesting stories that ultimately paved the way for the modern treatment system Greater Victoria enjoys today.

Naturally, the next step after sewage treatment was politics.

In his off time, Rob enjoys sampling the region’s many restaurants and breweries, in pursuit of the perfect sour beer.

He also volunteers with The Umbrella Society, a mental health and addictions outreach society.