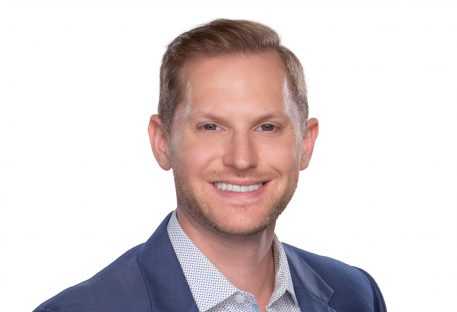 Growing up, it didn’t matter if Kevin was in school, the library (ha!), or any other environment that required silence; Kevin Charach always found a way to talk. With his passion discovered at an early age, the Richmond BC native attended Ryerson University’s School of Radio and Television Arts. Upon graduation, the wide-eyed Kevin was ready for the workforce!

Unfortunately, graduating during one of the worst recessions in Canadian history was less than ideal. So Kevin spent the next two years working in the glamorous world of unpaid internships (character building?).

Kevin’s big break came on October 11th, 2011, when he was hired by CJDC-TV News in Fort St. John, BC. The days were short, and the snow was plentiful. But for the young broadcaster, it would be a time to learn, grow, and explore. It was there where Kevin followed in the footsteps of notable CJDC alumni such as Don Taylor (Sportsnet, TSN Radio), and the talented living legend that is, Stacy Ross (CHEK News Anchor).

The next step in Kevin’s journey was with Shaw Television, where he moved within the company from Fort St. John to Vernon, to Victoria. His focus was on hosting and producing community-driven stories covering a wide range of topics. At Shaw TV Victoria, Kevin produced and hosted a thirty-minute local sports show which aired across Vancouver Island.

In August 2016 Kevin’s childhood dream came true. He joined CHEK News as the weekend Sports Anchor/Video Journalist – covering local, national and international sports on a daily basis. His biggest passion lies with meeting local athletes and being fortunate enough to tell their stories. The road was long, cold and unpredictable – but always an adventure.