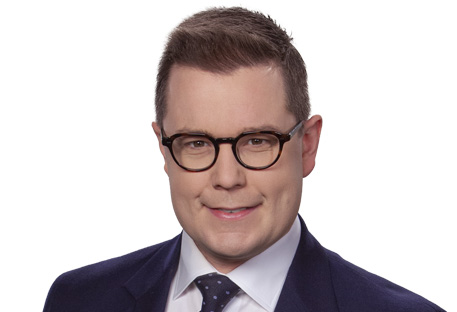 Ask Joe where the greatest place to live is and he’ll gladly (and quickly) tell you: Vancouver Island. Fiercely proud of Victoria, but having grown up on the mean streets of Vancouver’s west side (commence eye roll), it didn’t take much for Joe’s hometown allegiance to shift west of the Georgia Strait. A couple of Dallas Road walks will do that to a person he says.

Joe’s been a fixture in the Vancouver Island news scene since 2011. Before joining the CHEK News team in 2019, Joe was a reporter and anchor as well as a radio host at CTV Vancouver Island and CFAX 1070.

From investigative work to breaking news and lighthearted features, Joe is a versatile storyteller. He enjoys covering municipal and provincial politics as well as the lighter side of news, stories he routinely refers to as “talkers.”

As a reporter, Joe‘s work has earned multiple RTDNA awards at the regional and national level. His series on five island park benches was awarded the RTDNA’s National Long Feature award. His story on an island man’s love of cars earned a regional RTDNA Edward R. Murrow award for Feature Reporting.

One of his more memorable reports remains his coverage of two intoxicated university students who stole a bag of BBQ chips from a garage. Dubbed “The BBQ Chip Bandits” the story barely made it to air (Joe admits its newsworthiness was questionable at best). The piece went on to earn international attention as well as an RTDNA for feature reporting. To this day, he still can’t understand why it was it was even nominated.

In addition to his on-air work, Joe prides himself in contributing in the community. Whether he’s emceeing an event or fundraiser, serving breakfast for elementary students, or cycling the 1200 kilometre length of Vancouver Island as a member of the Canadian Cancer Society’s Tour De Rock, Joe is a strong believer in helping others.

When he’s not working, you’ll often find Joe on his road bike or spending time with family and friends. Alongside his father, the two are currently trying to attend an NHL game (together) in every rink in the league. He’s a passionate pizza maker who likes a good book, a sunny patio, and a local beverage (coffee in the morning, something with a bit more barley at night).

And remember, if you need to know where the greatest place to live is, Joe says he’ll happily help you figure it out.