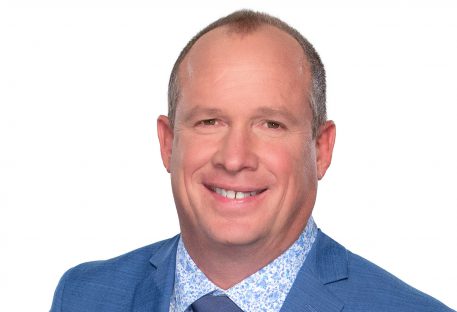 Jeff King is what you’d call a “Typical Sports Guy”. He loves to watch sports and play sports and enjoys telling the stories from each and every game. Jeff moved to Victoria in 2001 and joined Chek as the weekend sports anchor. He also discovered the one of the best parts of living in Victoria: year-round running and the mountain biking weather! In that first year, Jeff also discovered first hand what heart lies in the island communities, and came to know every twist, turn and hill along the thousand kilometre island span. He rode the Cops For Cancer Tour De Rock as a media rider in 2002. Jeff grew up in the world of broadcasting. His father, Fred King, was a well-known radio personality in Ontario and Saskatchewan for over forty years. Not planning on following in his father’s footsteps, Jeff tried to find a “regular job”, and actually apprenticed as an electrician when he was 19. But the call to broadcasting was too strong, and too sweet! Jeff started in Radio in 1988 and moved into TV Sports in 1994, where he spent 8 years with Global Regina. Living the dream of a “Typical Sports Guy” Jeff continues to get paid to talk about his favourite subject, and now considers himself an island guy. Although, home or not, and impartial sports guy or not, the true colors of every Saskatchewan Roughrider fan will always be green and white!