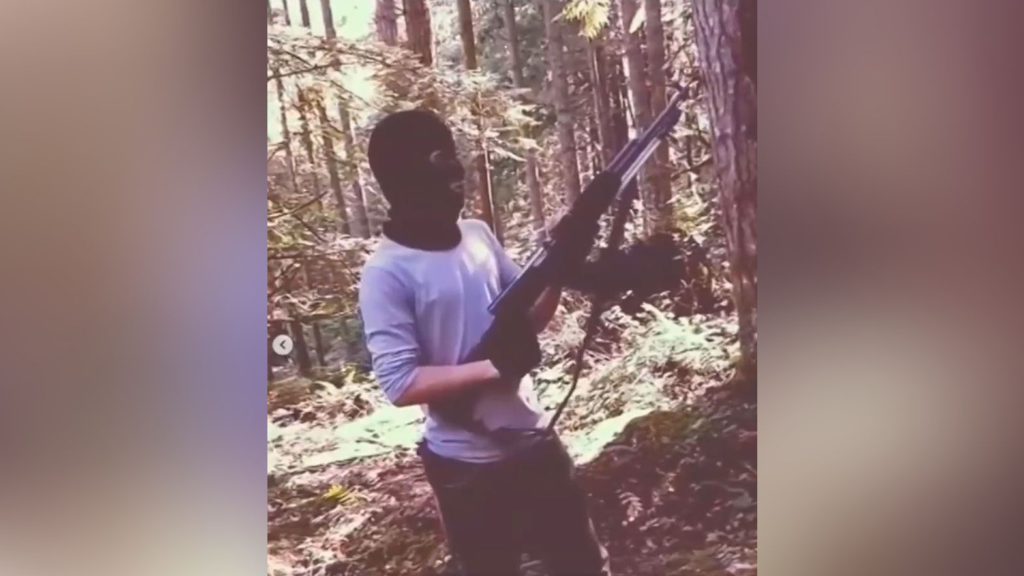 The red flag law included in proposed gun reform Bill C-21 would not have applied to the brothers who robbed a Saanich bank in order to lure police into a deadly gun battle.

Under Bill C-21, the Liberal government’s proposed plan to stop gun crime before it happens, people who post extreme anti-government sentiment on social media like Isaac Auchterlonie would not be flagged just for their online activity.

In the case of the brothers, posts made on Instagram targeting Prime Minister Justin Trudeau and firearm regulation in general would not have prevented them from obtaining multiple firearms and the more than 3,500 rounds of ammunition they were later determined to be in possession of.

Police said in a Friday update that the firearms the Auchterlonie brothers used in the June 28, 2022 shooting were acquired legally. The brothers both had up-to-date possession and acquisition licences for both non-restricted and restricted firearms.

The weapons they used are prolifically owned across the country. The SKS semi-automatic rifles they used are a military surplus, centre-fire rifle, typically limited to a five-round capacity in Canada. It’s considered to be one of the most popular rifles in the country and can be purchased in most gun shops.

Police also confirmed they wore body armour, which can be legally obtained in B.C. provided owners have a body armour permit or a firearms licence.

Even the 3,500 rounds of ammunition police found in the trunk of the brothers’ Toyota Camry at the scene of the shooting was purchased legally.

The only laws they broke prior to the brazen attack taking place would be their illegal modification of what’s typically a legal magazine.

“In itself, the magazine is legal. But if you have any modifications it will render them prohibited,” said Const. Alex Berube in a police news conference held Friday.

What is the red flag law?

Bill C-21, put forward by the Liberal Party of Canada back in May of 2022, aims to stop gun crime before it happens with its proposed red and yellow flag laws, buybacks and prohibition of assault style firearms.

According to a document on the Ministry of Public Safety’s website, the proposed red flag laws allow anyone to make a request to courts for an emergency weapons prohibition that could immediately remove firearms for up to 30 days from the hands of would-be individuals that pose a danger to themselves or society.

Under the yellow flag laws, the Chief Firearms Officer would be permitted to open a 30-day investigation on any licence holder they deem no longer eligible to hold a firearms licence.

They could even revoke firearms licences where there’s evidence to support doing so.

A separate part of the bill also proposes making it an offence to alter magazines to exceed their lawful capacity, with anyone found breaking the new rule subject to a wiretap by authorities.

Bill C-21 does not address things like bulk ammo purchases and thus would not have applied to the Saanich bank shooterss.

An investigative report released by the BC RCMP released Friday reveals the two men had been plotting to carry out an act of extreme violence since 2019.

A University of Victoria researcher who specializes in radicalized violence speculated that the proposed changes to Bill C-21 could have even spurred the violent attack in Saanich.

“According to the report, they seemed to feel that this attack would shed light or bring attention to issues of gun control, it would send a message,” said Edwin Hodge of the Centre for Global Studies. “I’m unsure if it sent the message.”

There’s also concern that though the brothers were not previously known to police, their activity leading up to June 28, 2022 did not draw the attention of authorities.

“How in the world can someone of their nature, 22 years old, amass 3,500 rounds?” asked former B.C. Public Safety Minister and Solicitor General Kash Heed.

Heed, also a former police officer who is now a member of city council for Richmond, also said he was surprised to hear they were able to manufacture 30 improvised explosive devices and obtain multiple firearms without flags being raised.

He said the fact there are no laws that pertain to the stockpiling of arms and ammo by people like the Auchterlonie brothers is troubling as they could have prevented a tragedy.

“Red flags would have had to been drawn up, whether its the purchasing of these particular products., whether we need to change the policies, the laws, the legality of this in Canada – it is paramount to make sure this doesn’t happen again,” he said. “There’s no way in my mind that others don’t have some idea, or should have had an idea of what these individuals were up too.”

On Friday, police did not elaborate on what spurred the brothers’ anger toward the government and specifically about gun regulation. They also would not comment on whether laws should be tightened even further to prevent access to rifles and ammunition the suspects were legally able to obtain.

“Obviously, these are firearms that caused damage on that day,” said Berube. “What we know is that those arms were legal. The magazines were prohibited based on the ammunition capacity, so it is concerning.” 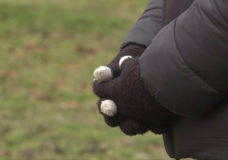 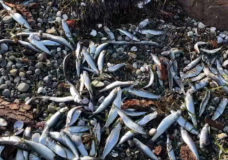 'All along the shoreline': Thousands of dead herring turn up on Parksville beaches