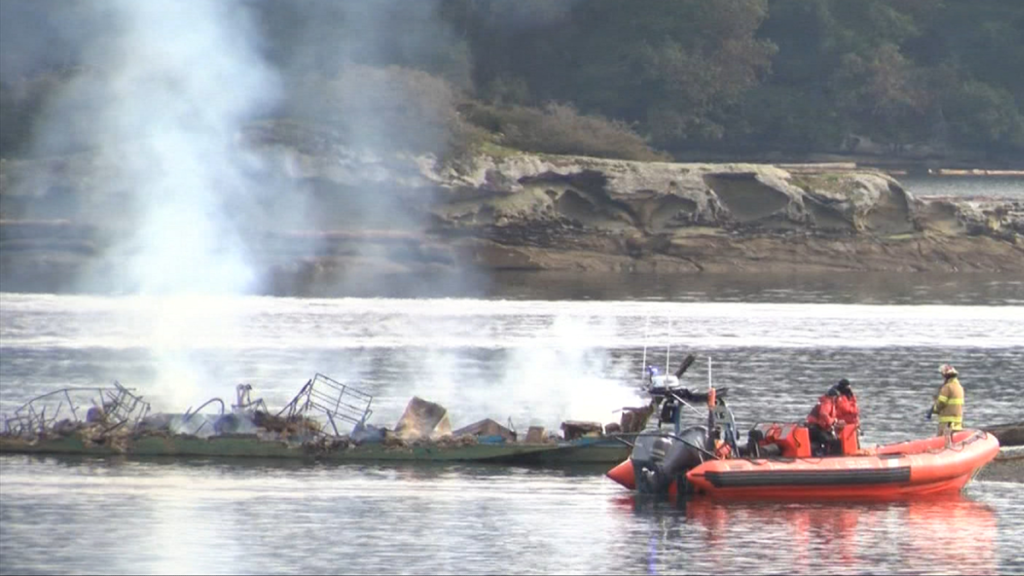 CHEK News
RCMP say a woman is presumed dead after she was unable to be rescued from a boat that caught fire in Ladysmith on Saturday morning.

A woman is presumed dead following a boat fire in Ladysmith.

At around 5:20 a.m. Saturday, a 50-foot vessel with a man and woman on board caught fire and became fully engulfed near the Ladysmith Marina.

Multiple agencies including RCM-SAR 29, the Canadian Coast Guard,  Ladysmith Fire Department, and Ladysmith RCMP responded to the blaze, which firefighters eventually extinguished after the boat was towed closer to shore at Slag Point.

According to a media release issued by the RCMP, a man on board the vessel was able to escape after being rescued by the operator of a small skiff while the female died.

“Tragically the second occupant of the boat, a woman in her 60s, was unable to escape the blaze,” Cpl. Jesse O’Donaghey, spokesperson for the BC RCMP, said in the release.

Divers with the RCMP’s Underwater Recovery Team attempted to locate the woman’s body yesterday and continued their effort Sunday.

O’Donaghey told CHEK News in an e-mailed statement that a forensic team has also been brought in to examine the boat.

“The RCMP Underwater Recovery Team has been called in to assist, while forensic specialists examine what remains of the vessel.”

The man, meanwhile, was transported to hospital with non-life-threatening injuries.

The cause of the fire remains under investigation. 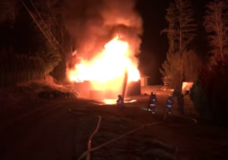 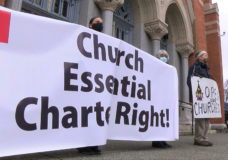