Woman can’t sue motorist who struck her because there were no criminal charges, lawyer says

Posted: May 6, 2022 6:58PM
CHEK
WatchThe driver of a shocking hit and run is facing a fine and charges under the Motor Vehicle Act, but no criminal charges and legal experts say that means she can't sue. Kori Sidaway has more.

A young woman cannot sue the motorist who struck her as she was walking through a crosswalk and then sped away late last year, a legal expert says.

Kimberlyn Slattery was commuting to work on the morning of Dec. 30, 2021, when she was struck by a snow-covered MINI Countryman while walking through a crosswalk at the intersection of Blanshard streets.

Dashcam footage released by the Victoria Police Department shows Slattery flying through the air after getting hit. She is later seen getting up and then collapsing down before receiving help from passing motorists.

Slattery, who was unable to speak on camera, told CHEK News she suffered a compression fracture in her neck as a result of the incident.

On Friday, the Victoria Police Department announced the motorist is facing charges under the Motor Vehicle Act that include driving without due care and attention, failure to remain at the scene of a collision, driving while view is obstructed and an illegible plate. The driver, who has not been named publicly yet as charges have not formally been laid, is also facing a $1,075 fine and the loss of eight demerit points, which would at a minimum add $636 to their annual insurance costs and a review of their license by ICBC.

“I think the sound of that person hitting that vehicle is going to stick with me for the rest of my life,” said Bowen Osoko, media spokesperson with the Victoria Police Department. “It’s basically impossible given the damage from the vehicle for this person to have not known they had struck someone or something.”

Yet, despite the motorist running a red light and speeding away after the incident, Slattery has no ability to sue. The reason, according to a legal expert, is all because the motorist wasn’t criminally charged.

“That’s a rude awakening to a lot of people. A lot of folks believe that wrongful drivers can be sued. But the default in British Columbia now is that if you’re the victim of a crash you cannot sue, even if that driver has done something particularly outrageous,” said Erik Y. Magraken, a personal injury lawyer and managing partner of MacIsaac & Company.

“I take calls from victims like this several times a week. I’m the bad guy. I have to break the news to people,” he added.

That has many wondering, why no criminal charges.

Osoko explained that the Motor Vehicle Act allows for “swifter administration” of justice.

“If someone gets penalty points and this triggers a review. They could lose their licence. Our focus is keeping people safe on the roads and by being able to intervene early using the Motor Vehicle Act, we’re able to do the best we can that this won’t occur any time again in the near future,” he said.

Asked why the motorist was not issued an immediate driving ban, Osoko said officers in B.C. only have the ability to issue a driving ban or licence suspension under specific circumstances such as if someone is impaired.

In May 2021, the province introduced a new ICBC model, which personal injury lawyers say is smoother in the sense that drivers pay less for insurance, but also provides victims with fewer rights.

“Unless there is a Criminal Code charge and conviction, the driver basically gets off scot-free and the victims don’t have the right to sue,” said Magraken.

“You have to take political action otherwise ICBC is happy to keep in raking billions of dollars in profits where the victims have no rights.”

An ICBC spokesperson told CHEK News in an e-mailed statement that if a driver causes a crash, they will still be held accountable through higher rates and that drivers convicted of certain Criminal Code offences — like impaired driving — could still be sued for certain damages.

“Other consequences for those who repeatedly cause crashes or receive driving violation tickets, under both the Driver Penalty Point and Driver Risk Premium programs, also continue to apply,” the spokesperson said.

Because the driver’s identity has not been disclosed, as they have not been formally charged, it isn’t publicly known whether they are still legally able to drive.

As for Slattery, she says is finally starting to feel like herself again but still has a long way to go. 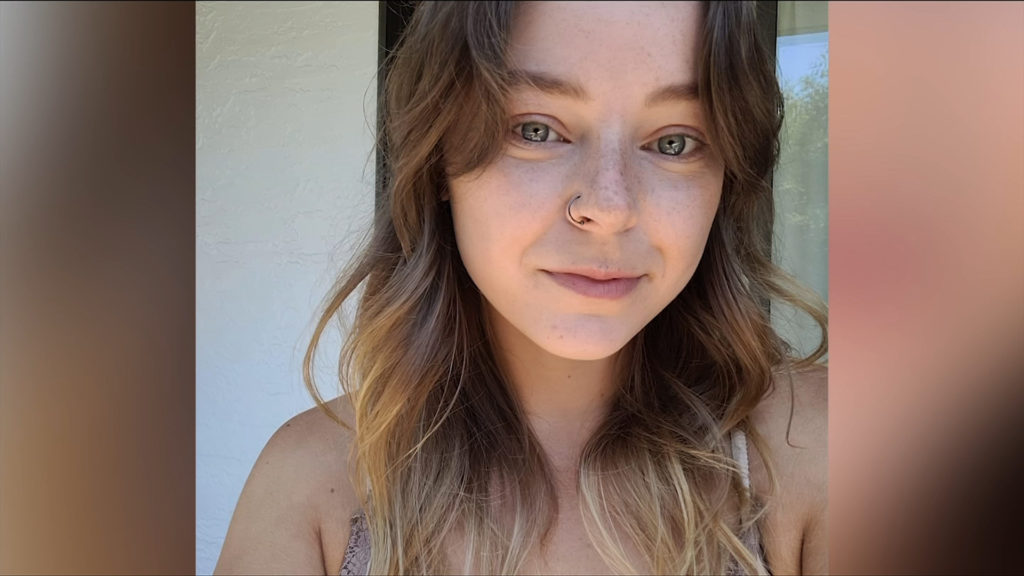 Kimberlyn Slattery was commuting to work on the morning of Dec. 30, 2021, when she was struck by a snow-covered MINI Countryman while walking through a crosswalk at the intersection of Blanshard streets. (Photo submitted) 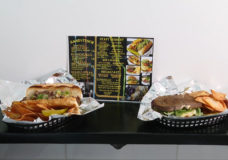 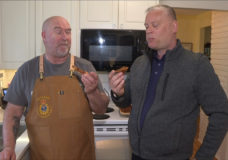