Winter storm brings snow to parts of Vancouver Island, including Malahat and Nanaimo

Posted: Jan. 2, 2020 3:30PM | Last Updated: Jan. 2, 2020 5:34PM
CHEK
WatchTemperatures hovered around freezing on parts of the mid and north island Thursday meaning snow fell in several areas, however, it will warm up overnight turning all the snow to heavy rain.

Snow is falling at Sutton Pass, the Port Alberni Summit, Nanaimo, the Malahat and other parts of Vancouver Island as a winter storm passes through.

There is winter driving conditions on some roads across Vancouver Island, such as Highway 30 in Port Alice, Highway 19 from north of Campbell River to south of Cumberland and more.

Helijet said due to the weather this evening, flights 789 & 790 between Vancouver and Victoria, and flights 915 & 916 to and from Nanaimo, have all been cancelled.

In case you checked the @DriveBC cam but it’s down, Snow is falling lightly on the #PortAlberni ‘hump’ Hwy 4. Road still wet. @CHEK_News pic.twitter.com/lFd0oMGufg 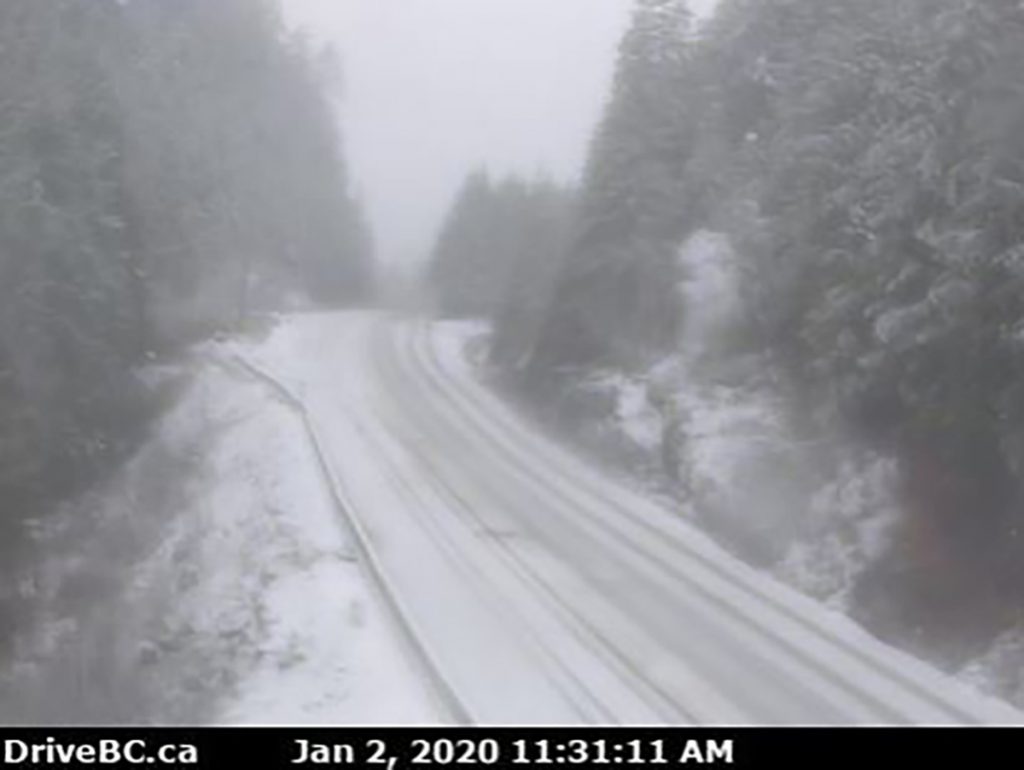 Snow is seen at Sutton Pass on the BC HighwayCam as a winter storm hits Vancouver Island on Jan. 2, 2020.

As of Thursday just after 4 p.m., west, north and east Vancouver Island, from Nanoose Bay to Fanny Bay, are under a rainfall warning.

According to the weather agency, the strong Pacific storm is impacting the B.C. Coast.

Precipitation has already begun over Vancouver Island and the Central Coast. Environment Canada said rain will be mixed with wet snow through the evening.

Rain is expected to persist through Friday. During that period, Environment Canada expects 100 to 150 millimetres of rain for the Central Coast – coastal sections, west Vancouver Island and near Port Alice on north Vancouver Island.

The rain on east Vancouver Island is expected to intensify tonight, with sections of eastern Vancouver Island between Qualicum Beach and Fanny Bay seeing near 50 millimetres of rain by Friday afternoon.

Heavy rain is expected to ease Friday night but light rain will continue into Saturday.

Localized flooding in low-lying areas is possible. People are asked to watch possible washouts near rivers, creeks and culverts. Heavy downpours can lead to flash floods and water pooling on roads.

The storm will not only lash those areas on Vancouver Island, but is anticipated to hit a major portion of the province, including Squamish, the Sea to Sky highway, northern sections of Metro Vancouver, and the Fraser Valley.

There is alaso  extreme wave hazard at Long Beach in the Pacific Rim National Park Reserve.

With heavy winds in the forecast, BC Hydro sent out a tweet earlier today that encourages customers to be prepared for potential power outages throughout Vancouver Island.

We're also preparing for possible damage from a windstorm that is forecast to hit #VancouverIsland and the south coast today and tomorrow. We're encouraging customers in these areas to prepare for potential power outages: https://t.co/Kyflz96l0E #BCStorm pic.twitter.com/LT7hFGAwk0

The video that was attached to BC Hydro’s tweet contains items that can help customers stay safe if the lights were to go off. To stay up to date on any possible power outages, you can visit BC Hydro’s website.

Mainroad is advising drivers to watch out for pooling water, falling trees and branches, wind gusts and possible washouts, along with limited visibility.

Emcon Services, which cover south Vancouver Island road maintenance, is also advising drivers to be cautious in the weather.

And the Victoria Extreme Weather Protocol has been activated. The Extreme Weather Protocol (EWP) is a community program involving various faith groups, social service agencies, fire and police working together to increase the number of shelter spaces available during acute winter weather conditions of heavy wind, snow and snow accumulation, rain and temperatures of 0 C and below. 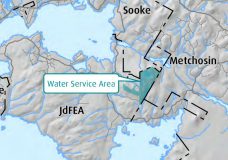