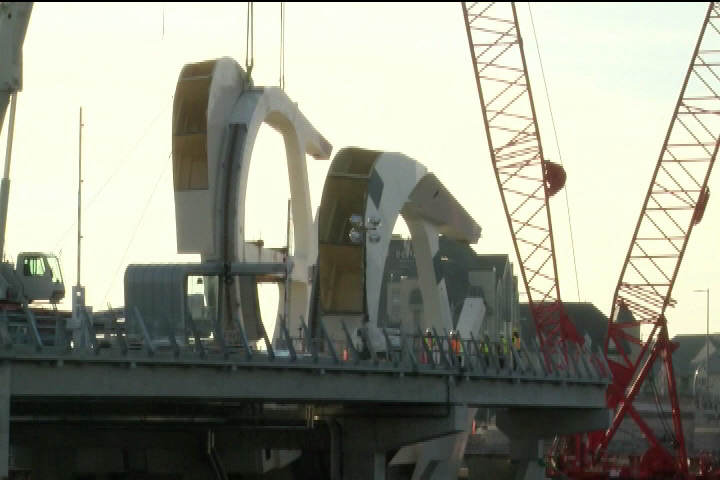 The founding artistic director of “Music by the Sea” Christopher Donison has a front row seat to Victoria’s largest infrastructure project.

That’s because his residence has a harbour view near the Johnson Street Bridge.

He says it’s a view that’s changed quite a bit over the weekend as the second ring, the second pivot point for the new bridge, was lifted into place Sunday.

The big lifting started Saturday when the counterweight and the north ring were set.

As the new bridge is one step closer to completion, the old one is closer to demolition. That’s music to Donison’s ears.

The project hasn’t always been a pretty picture. There have been years of delays, ballooning costs and the design has been controversial.

Supporters of the new bridge say it could be a symbol in Victoria like the Golden Gate bridge in San Francisco and the Tower Bridge in London.

“I think it blends really well with the old and the new,” said Donison, “I find it quite iconic.”

“Now people will disagree because that’s the nature of art but from the drawings I’ve seen I think it’s fantastic,” he added.

The final piece, which includes bike and pedestrian-only lanes, will be lifted into place in February. Then there will be weeks of testing before it will be open to traffic moving on the new bridge in March. 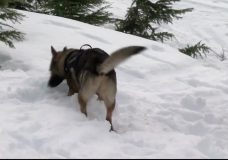 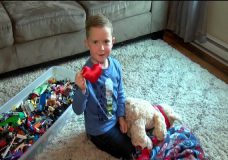