Posted: Aug. 14, 2020 6:47PM
CHEK
WatchThe tiny, underweight animal was seized Wednesday and as Skye Ryan reports, it is now in the care of wildlife rescuers who will try to undo its habituation to humans.

Gylaine Andersen, manager of Wildlife Rehabilitation MARS Wildlife Rescue Centre, watched a group of orphaned fawns Friday. She said she is hopeful they will all make it after their very hard starts in life.

The centre now has 14 deer in all after a surprising arrival Wednesday.

A tiny, 8-week-old male was brought in by B.C. conservation officers. It was seized out of a Cumberland home after someone complained the wild deer had been being raised illegally in the home as a man’s pet for over two weeks.

“And it was being fed goats milk, grapes, watermelon,” said Andersen.

Officials say it’s unclear what happened to the fawn’s mom before he was taken into the home, since mother deer can often leave their babies for hours at a time when they forage.

“So I’m not sure what the case was here, if the mother was killed or if she was just out foraging,” said Anderson.

The Cumberland resident who was raising the fawn has been fined $345 under the Wildlife Act, but rescuers say the animal is the one that could be hurt most by being taken into captivity.

The youngster was found badly underweight, stressed and too familiar with people for its own safety.

“It habituates them to people so they will seek out people in the future as they get older as a source of food,” said Andersen.

Cumberland resident Stuart McEwen said he was shocked to learn of the so-called fawn napping. He said residents choose the community for its natural environment and the wildlife that they share the area with.

“It is encouraging there is still wildlife that the environment isn’t so degraded that there’s nothing left,” said McEwen.

If the rescued fawn gains weight with all the others at the MARS Wildlife Rescue Centre and loses its habituation to people, it will be released in October.

Wildlife rescuers say people should call in an expert if they find wildlife in distress.

For more information when to report wildlife in an urban area, go to the B.C. government website here. 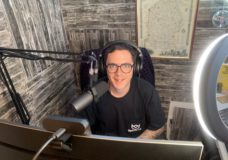 'What Was That?' The Zone radio host Jon Williams leaves to start his own radio station 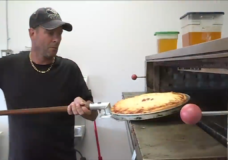