January 25, 2021 updated
CHEK
WatchMany are asking how a man charged with escalating, but petty crimes, kept on being released to Victoria streets, eventually stealing a harbor ferry and smashing windows downtown. Julian Kolsut explains why.

Questions remain about how a man behind an alleged crime spree in Victoria continued to be released despite being arrested numerous times.

Matthew Phillipe Poirier, 32, is now being kept in custody after going on a window-smashing spree just one day after stealing a harbour ferry from downtown Victoria.

Poirier is also accused of being responsible for a handful of other crimes that occurred late last year.

Those crimes, according to court documents, include theft in Victoria on Dec. 28 and throwing a tire from the Victoria Harris Dodge dealership into traffic on Yates Street on Dec. 31.

Poirier was also allegedly found inside a stolen Volkswagen on Dec. 29.

Many have since asked how a man charged with escalating, but petty crimes continued to be released from police custody.

Michael Mulligan of Mulligan Defence Lawyers says those who commit a series of smaller crimes are often let go under conditions and not held in custody.

“Not only would it undermine the presumption of innocence, it would also almost immediately fill the jail with people who are charged with various minor offences some of whom of course who are in fact innocent,” said Mulligan.

“There is a threshold, we can’t keep everyone in custody,” said Const. Cam MacIntyre of Victoria Police. MacIntyre says they also look at the risk the person has to the public.

Witnesses recall Poirier being in an odd state.

“He was definitely out of it,” Destiney Lemarquand, who was bringing groceries upstairs into her place when Poirier allegedly entered her vehicle on Dec. 28.

“When he was arrested his pockets were emptied and there was drug paraphernalia and . . . he had cuts all over his face,” she added.

Advocates say the justice system lets a lot of people, especially addicts, slip through the cracks.

“There is a significant effort, almost a rebirth and attention to it now with housing, availability of counseling and support systems and things like that,” said Hank Mathias of the John Howard Society.

“Do we make it possible for them to in fact be free of what that was? I am not sure we do.”

“Jail isn’t going to be a complete answer to the problem,” he said. “If the person is released from the jail and they still have a mental illness or drug addiction the experience in jail is unlikely to cure either one of those things.”

Victoria Police Department said they won’t be providing an update on Poirier until Monday. 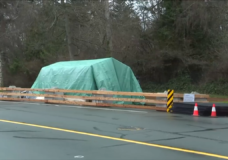 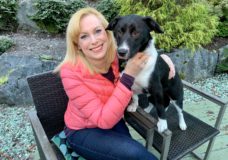