This Week in History: Royal BC Museum scientists participate in bioblitz

A “Bioblitz” is a biological survey in a specific area over a short period of time.

Earlier this year the federal government sponsored eleven bioblitzes across the country, and scientists from the Royal BC Museum took part in a bioblitz in the Yukon.

Erica Wheeler, Royal BC Museum Botany Collection Manager, explains why the team headed north of the BC border.

“Even though it’s not in British Columbia, of course plants and animals don’t know the borders between BC and the Yukon, and so really some of the story of BC also occurs in the Yukon,” she said

The survey is part of Canada’s 150th celebrations. The federal government sponsored 11 scientific bioblitzes across the country.

“A bioblitz is a really intensive one-day survey” said Wheeler. “This number of bioblitzes funded by the federal government across Canada hasn’t happened before.”

The bioblitzes took place between May and August of this year.

“There are smaller bioblitzes that occur every year, locally, provincially, and to some degree nationally, but this was a really special year,” said Wheeler. “Canada’s such a large place, largely uninhabited. Many parts of the country have not been fully surveyed, so we really don’t know what plants and animals are there.

“The goal was to record as many of the plant and animal species that occur there, in a short period of time.” she added.

Eight scientists from the Royal BC Museum joined researchers in Kluane National Park.

“There were 60 participants in this bioblitz” said Wheeler. “They came from as far away as Nova Scotia, Alaska and Idaho…we all stayed in one place together, which was a really excellent opportunity for us to learn from each other.”

The team returned with numerous plants and insects.

“Although we did all the field work in that one day, it takes quite a few months to catalogue everything, and then be able to report it with a list of what we actually collected. So that’s still in process” added Wheeler.

So far the team has discovered one new plant, one new mollusc, two new beetles and three new spiders for the Yukon. 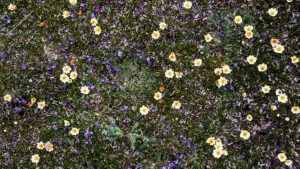 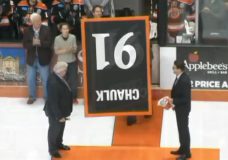 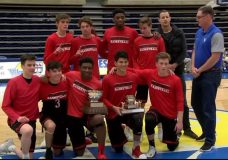