WATCH:  New projects mean Victoria Shipyards is busy for the future.  The list of cruise ships waiting for their repair slot at Victoria’s Shipyards is four years long. Two New Zealand frigates will be upgraded at the facility beginning in 2018.  And in a first for North America, Victoria Shipyards will be converting ships from diesel to LNG. Mary Griffin reports.

It’s a delicate balance, repairing the Star Princess.  This cruise ship is in dry dock at Victoria Shipyards for the next week and a half.  General manager Joe O’Rourke says this is the start of years of work.

Last year, Victoria Shipyards finished upgrades and maintenance to the Royal Canadian Navy’s five frigates. O’Rourke said that work came in on time and on budget.

“It was quite a volume of work. But that’s where we made our claim to fame in terms of being able to do that type of work. We are able to leverage that work into some international work,” O’Rourke said.

A lucrative market is converting ships from diesel to LNG.  In 2016, BC Ferries awarded a Polish shipyard a contract worth $140 million to convert two of its vessels to LNG.
These LNG storage tanks will be used to refit two ships at the facility. This is the first time this kind of work is underway in North America.

That work is expected to begin in the next two weeks and continue for four years. This means the shipyard and its employees can expect to be busy until at least 2021. 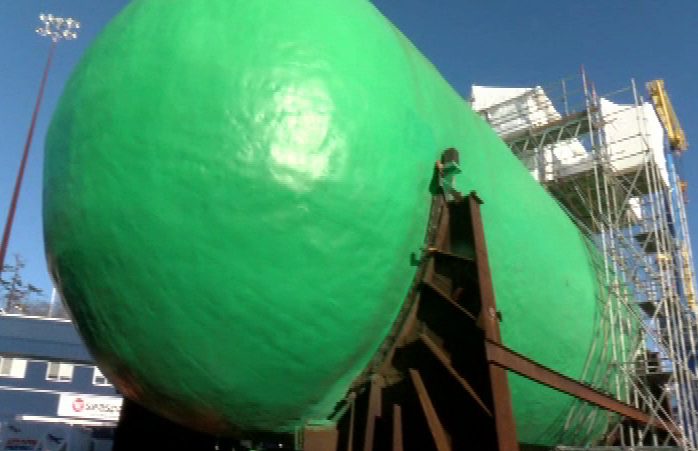 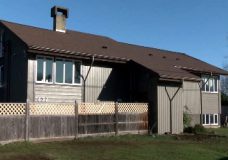 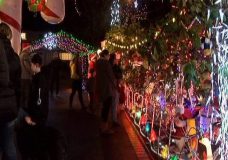