Victoria sets record for most rain days in November

WATCH: If you felt like it rained almost every day last month,  you would be right. Greater Victoria set a new record for the most number of rain days in November. Tess van Straaten reports.

Rain, rain and more rain. The showers ? and even some torrential downpours ? didn’t let up in November.

“November was really wet,” says Environment & Climate Change Canada meteorologist Armel Castellan. “It was rainy for almost all of the province with some places upwards of 150 per cent of normal.”

With 194 millimetres of rain recorded at the Victoria International Airport, November of 2017 is the 15th wettest in history. It’s far below the record 352 millimetres that fell in 2006 but with some form of precipitation almost every single day, the Capital Region set a record for the most days of rain.

“We saw 28 days that were not dry ? only two days that were dry ? so that’s almost the whole month,” Castellan explains. “Normally, we’d see only 19 days of the month record some rain so that’s a new record for the Victoria area.”

The Capital Region even beat Vancouver for most rain days, even though Victoria usually gets a third less precipitation than B.C.’s biggest city.

And with one strong Pacific system after another, Nanaimo — with 277 mm — had its 12th wettest November on record while Comox, with 290 mm, saw its 17th wettest, leading to devastating flooding.

But things are already looking better for December, with a strong ridge of high-pressure building.

“It means some sunny skies for a lot of the province, probably not so much for the valley bottoms where you’re going to get that trapped moisture under the inversion,” says Castellan.

That means low-level clouds and fog could cause transportation issues but most coastal areas can expect at least some sunshine for the next week.

“The sun is going to shine next week and it’s going to feel pretty good!” laughs Castellan. 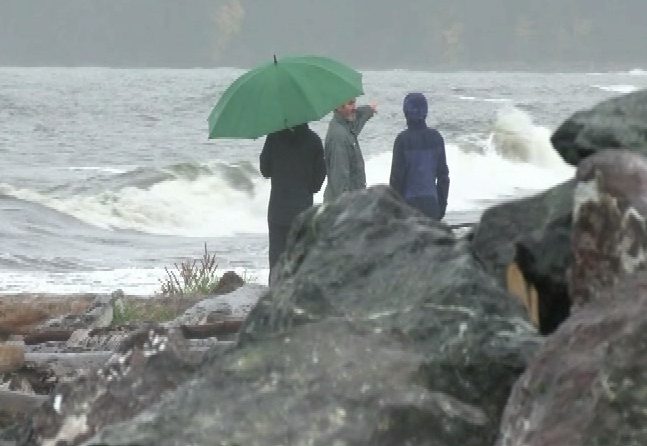 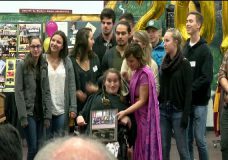 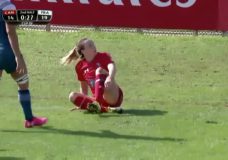