Victoria Royals take down Giants, face Americans in round two 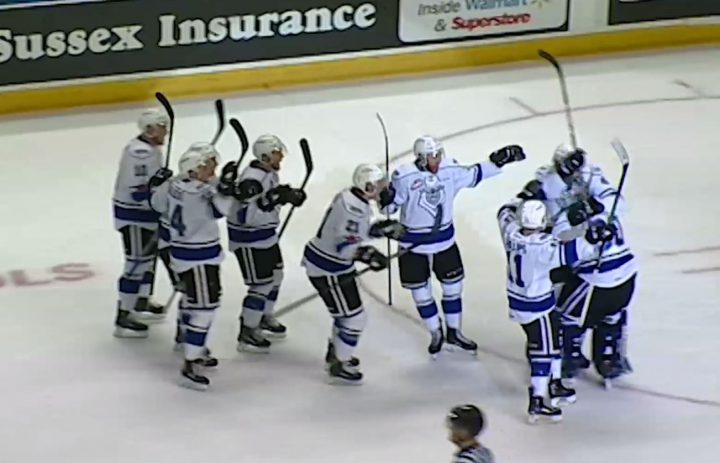 For the fourth time in the last five years, the Victoria Royals have advanced to the second round of the Western Hockey League playoffs after a dramatic game seven win Tuesday night.

Matt Phillips scored twice, including the game-winner, and added an assist to lead the Royals to a 4-3 victory over the Vancouver Giants, taking the best-of-seven first-round series by the same count.

Phillips is tied with Brad Morrison of the Lethbridge Hurricanes for the playoff scoring lead with 16 points.

The Royals managed to recover from a 3-2 series deficit with back-to-back one-goal victories and will host the Tri-City Americans Friday to open their Western Conference semi-final series.

With an overtime win in game 6 in Langley Monday, the Royals jumped out to a 3-0 lead in game 7.

Chaz Reddekopp opened the scoring in the first period with his first of the playoffs and Lane Zablocki added his first in the second period.

After Phillips made it 3-0 six minutes into the middle stanza, the Giants responded on a goal from Tyler Popowich.

Less than two minutes later, Phillips would add his second of the game and sixth of the series to restore Victoria’s three-goal lead.

It would stand up as the winner as the Giants cut the lead to 4-3 before the end of the second period, but could not solve Griffin Outhouse for the equalizer in the third.

The Giants out-shot the Royals 10-7 in the final 20 minutes and 33-24 in the game, but a last-second shot attempt was blocked by Phillips to ensure the win.

The moment was reminiscent of the last game seven played at the Save-On-Foods Memorial Centre two years ago when the favoured Royals lost a heart-breaker in overtime to the Kelowna Rockets with a trip to the conference championship on the line.

The Rockets tied the game with 0.2 seconds left in regulation time when Justin Kirkland avoided an attempted shot-block attempt from Jared Dmytriw, now with the Giants, and scored to tie the game.

“I looked at the clock and said ‘no chance I’ll let this happen again’, and yeah, I was going to eat that if I had to,” said Phillips of his buzzer-beating block.

The Royals now face a well-rested Americans’ squad that hasn’t played since March 29 when they swept the B.C. division champion Rockets.

The teams split their four-game season series with two wins each. 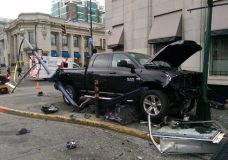 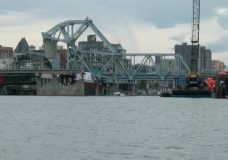 Amusing ad asks if anyone would like to buy 'Old Blue'