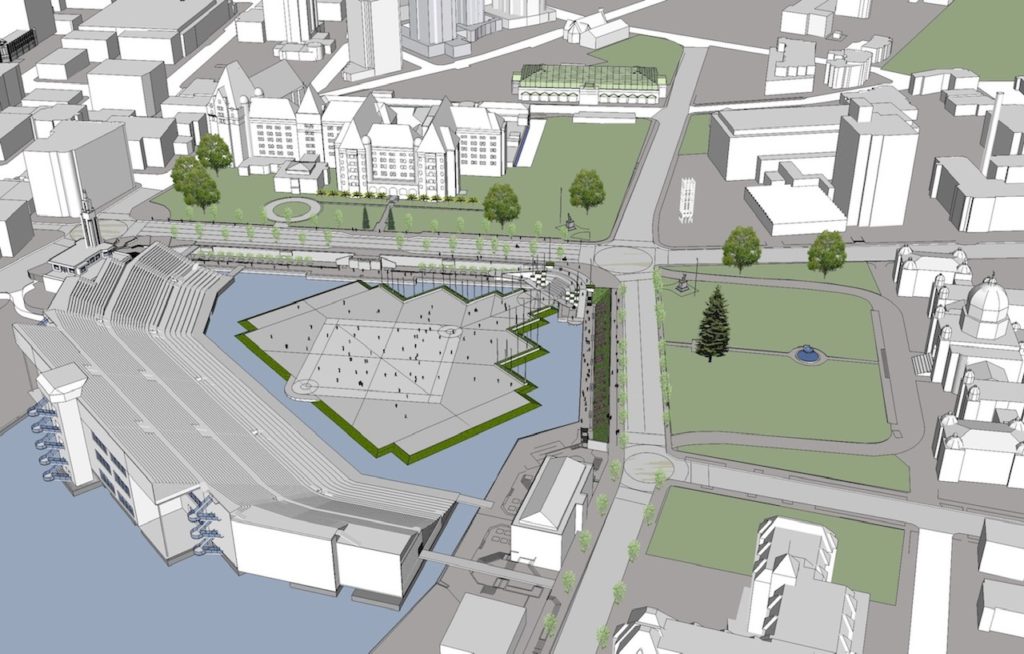 Back in 1994, Victoria once had plans to build a venue for one of the biggest events ever held on Vancouver Island by using floating barges in the Inner Harbour.

The venue would have been used to house the Commonwealth Games and it was a plan put together that helped Victoria land the games, however, ultimately proved too costly for the City, which went an alternative route.

In the late 1980s, the Victoria Commonwealth Games Committee ultimately proposed setting up the floating wharves as a place to hold the opening ceremonies.

The Wade Williams Corporation — a local architecture firm — was tasked with coming up with the idea for the venue, which resulted in the concept of flipping the bleacher system to the water instead of on land.

The plan was to support the bleachers on a linked floating barge system, facing the backdrop of the Empress Hotel and Legislature.

A floating stage and playing field would be located between the bleachers and shore, with ceremonial parade ramps leading down from the intersection of Government and Belleville streets.

“This was the type of ambitious concept that was sought to suit inspiring the occasion,  although for a two-week event, later it became more opportune and practical to instead expand and utilize the existing stadium location at UVic,” said Chris Gower, an architect associated with the Wade Williams Corporation at the time.

Gower, a guest on the MicCHEK podcast with Joe Perkins earlier this week, said that this concept of the floating barges was “an initiative that would make Victoria distinctive and competitive” when it came to landing the Commonwealth Games.

In addition to the opening ceremonies at the games, the plan for the venue was to use the floating field for competitive events and other celebrations such as medal ceremonies, according to Gower.

After presenting the firm’s idea to the Victoria Commonwealth Games Committee, Gower said that everyone thought that this concept would be the answer to the “spectacular” plan they were hoping to put together.

Although the idea was received positively, there was a level of practicality and feasibility that ultimately led to scrapping the idea for the two-week event, shifting the games to Centennial Stadium at UVic.

Listen to the full episode with Chris Gower and Joe Perkins on the MicCHEK podcast here.

Below are some of the concept renderings for the floating grandstands and playing field: 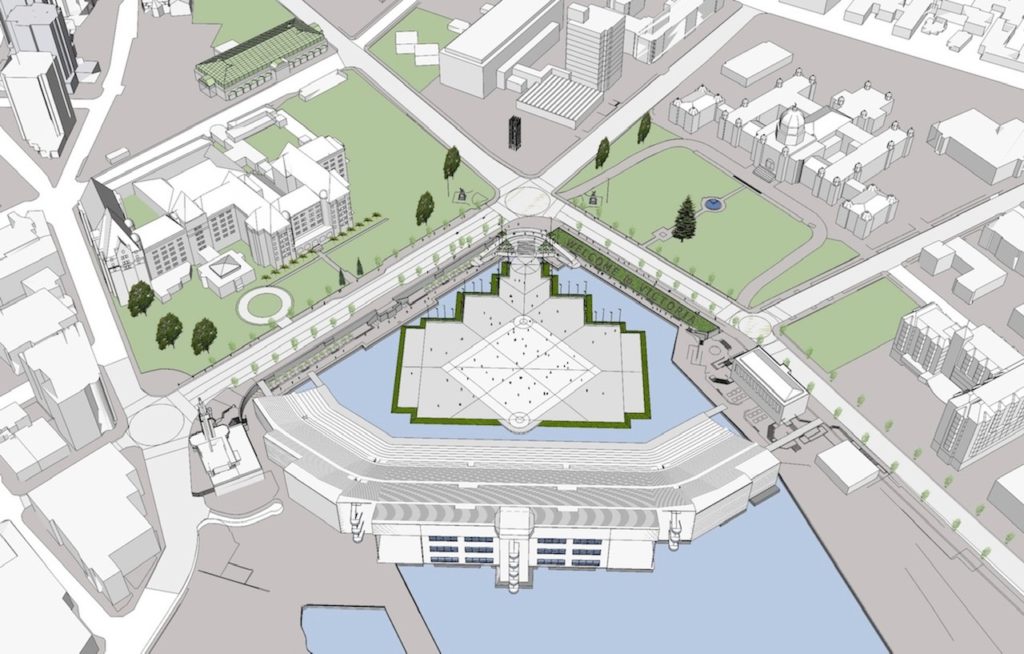 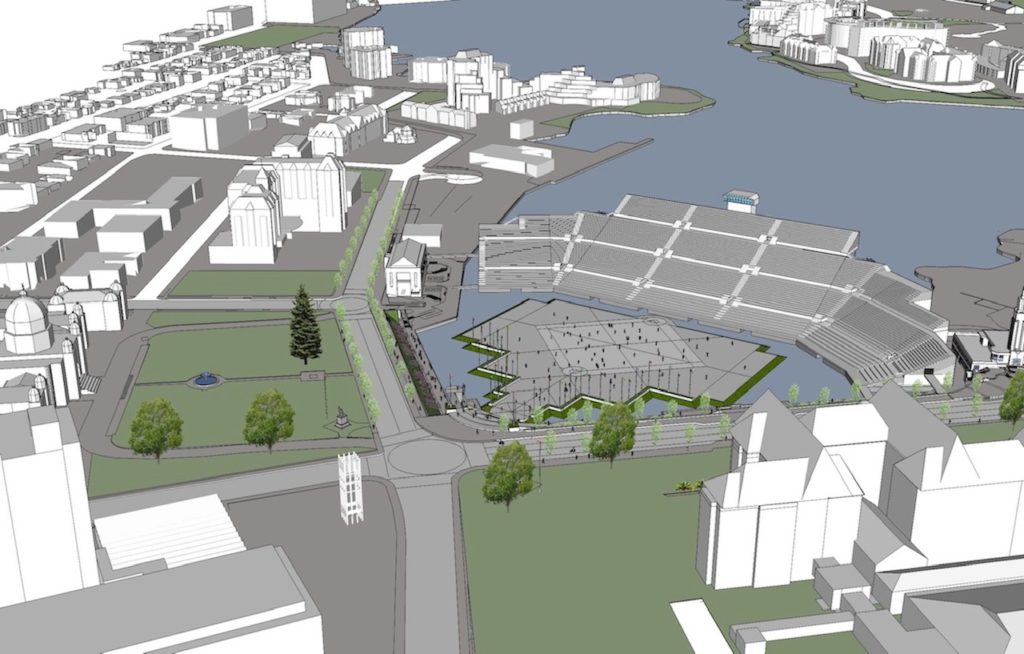 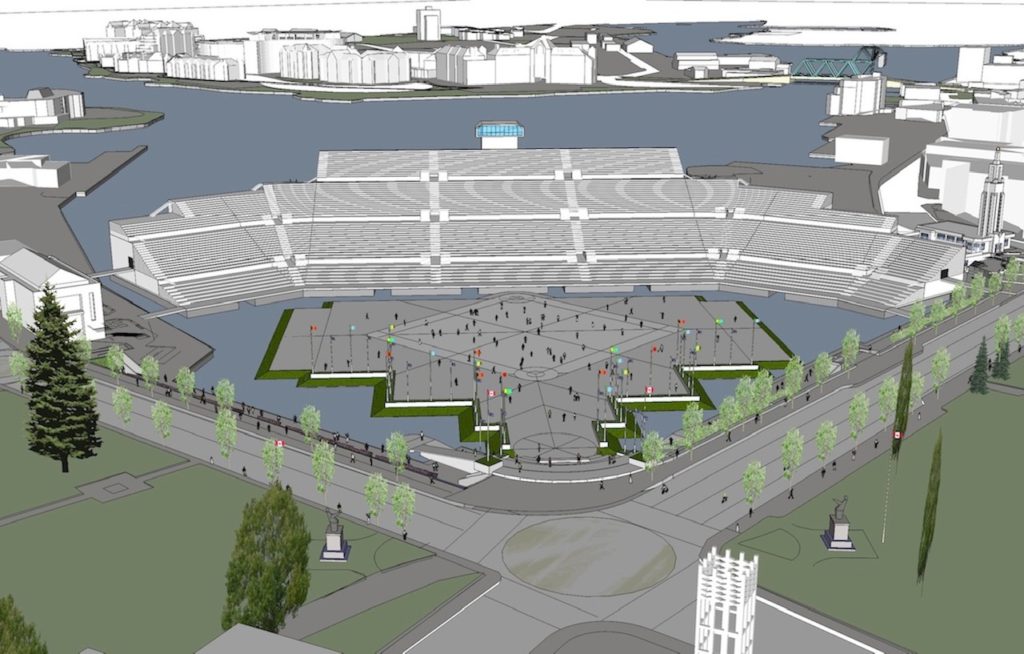 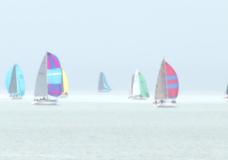